From “Beach Read” by Emily Henry to “My Name is Venus Black” by Heather Lloyd.

This month we start with Beach Read by Emily Henry! 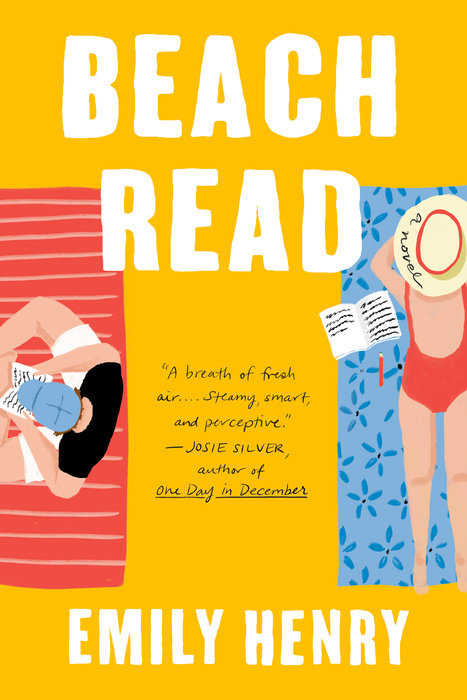 This month (January 7, 2023), the chain begins with “Beach Read” by Emily Henry. Once again, this is a book I haven’t read, and not one I would read, to be honest! Goodreads says it is about “A romance writer who no longer believes in love and a literary writer stuck in a rut engage in a summer-long challenge that may just upend everything they believe about happily ever afters. Augustus Everett is an acclaimed author of literary fiction. January Andrews writes bestselling romance. When she pens a happily ever after, he kills off his entire cast. They’re polar opposites. In fact, the only thing they have in common is that for the next three months, they’re living in neighboring beach houses, broke, and bogged down with writer’s block. Until, one hazy evening, one thing leads to another and they strike a deal designed to force them out of their creative ruts: Augustus will spend the summer writing something happy, and January will pen the next Great American Novel. She’ll take him on field trips worthy of any rom-com montage, and he’ll take her to interview surviving members of a backwoods death cult (obviously). Everyone will finish a book and no one will fall in love. Really.”

It was not easy to find this first link because I don’t even know what people mean by beach reads – I hate going to the beach. Then I thought, since the first book is about writers, and writers need desks, that brought me to “Great House” by Nicole Krauss. Actually, the book is about all the various people who have possessed this particular, very special and imposing piece of furniture. In fact, it practically had a life of its own. From the library of a Jew in Hungary during the Nazi occupation or in the hands of a Chilean poet caught up in Pinochet’s reign of terror. From the bright living room of a writer in New York, or in a dark London attic of a woman with an even darker secret, or closed up in Jerusalem as a relic of the past. In all its incarnations, this novel investigates the effect this desk has on each of the people who have used it or lived with it, through a mosaic of stories.

Now, the desk in the previous link goes all over the world. But rather than keep traveling, what if we found just one good spot? That’s what brought me to “This Must be the Place” by Maggie O’Farrell. Okay, so actually, the characters in this book end up all over as well, but I kind of liked the idea of linking something that moves around to a book that seems to be about one special place. This is one of those books that has a bunch of different timelines, some of which are parallel, some separate. These multiple timelines also connects it to the previous book, by the way. You should know that while I’ve come to be less than enamored with multiple timelines, this is one of those books that uses the mechanic perfectly, as did Krauss with her novel. Of course, back then, not everyone was adding extra timelines to all their books, like they seem to do today. This book, and Krauss’ novel also have narrations from different characters.

Multiple timelines and multiple narrators brings me to think about multiple authors. That’s why my next link is to the first Team-W novel, “The Forgotten Room” by Beatriz Williams, Karen White, and Lauren Willig! The reason I picked this one is because I’ve already used the other two of their collaborative novels. In truth, I think they did a really good job of working together in general, but it wasn’t perfect. The other books they wrote together were much better, and had more female empowerment and less romance than this one. Now, my being this critical of this book was probably because when I got this, I had already read two other of their novels, and I could see the difference. Don’t get me wrong, it is well worth the read, but don’t expect unusually strong female characters.

This brings me immediately to link to another three women collaborating on a single book for the first time. I’m talking about “When we had Wings” by Ariel Lawhon, Kristina McMorris, and Susan Meissner. The main reason I requested this novel was because I am a HUGE fan of Lawhon’s work, and I’ve read everything she’s written so far (as far as I know). Until I read this, I didn’t even know McMorris or Meissner. After looking over their back lists, I might be tempted, but only for one of their books that isn’t romance or Christian fiction (sorry, matter of taste). Again, as this was their first collaboration, I wasn’t expecting all that much, and there were bits that truly surprised me in a very good way. Mind you, there were a couple of mistakes in this book, but overall, it was a fascinating read about the women working as WRENS in the Philippines during WWII.

Another debut collaboration is “Last Christmas in Paris” by Heather Webb and Hazel Gaynor. When I picked this book up, I was already a fan of Webb’s work, having read her previous solo novels. As I noted in my review, this book works on many different levels. The writing, the concept and the characters are all there for our enjoyment and empathy. Again, it wasn’t perfect, but it was their first time working together as a team, so my little niggles were partly to be expected. That said, those tiny drawbacks didn’t really detract the reading of this book, and I really enjoyed this one. Obviously, their other two outings were even better, but I’ll save them for another chain (well, I’ve already used one, so I still have one more I can use – until they publish another book together)!

The next link should have been for “Ribbons of Scarlet” which was a much larger collaboration, with a bunch of authors each writing short stories that combined into one novel, but I already used it in a previous chain. Instead, I’m going to connect with another debut novel, and the first name of one of the authors in the previous link. That means my last book is “My Name is Venus Black” by Heather Lloyd. In my review, which did point out some problems I had with this book, I also said that I had to praise Lloyd for a very powerful and complex story, with very sympathetic characters. I’m a bit sad to see that she hasn’t published anything else since this, and I do hope she does write more fiction. By the way, I got the ARC to this by accident (the publisher sent me a NetGalley widget and I rogue clicked on it), and I’m glad I did. Mind you, it is a YA novel, and most of my niggles probably were connected to that.

The only thing I can think of is that this last book and our starting book are both ones I wouldn’t normally read. I don’t read romance, and I almost never read YA. Does that work? Oh… also, both authors have last names that could be men’s first names!