Early on during this past year, among the books I read, it almost looked like I was going to have to include some novels that got 4.75/5 stars in my top ten list. However, as the year progressed, more books started to get full marks. The problem was, as I started ranking them, I realized that it was going to be very hard to figure out where to put several of them on this list. Particularly my top two… or three… or four… or FIVE! Yes, I could easily have put many of these together in first place. That makes it the year of the Almost Tied (and I can assure you, I’ve moved these around several times already)!

So, without any further ado…

10 – “French Braid” by Anne Tyler. Tyler is always one who can deliver, and even when a story doesn’t tug at my heartstrings, I can’t resist her simply elegant, and straightforward writing, and her very ordinary, highly flawed, sometimes quirky characters. This book did grab me, and while she made me laugh more than cry, she once again gets into my “best of” list! (One day I’m going to tackle her back-list. For example, I recently bought a copy of her “Dinner at the Homesick Restaurant” so that’s a start!)

9 – “The Highland Hens” by Judy Leigh. Despite the romantic elements in this book, I really took a shine to this novel, especially because it was set in northern Scotland. I swear, now I’m dreaming of renting a car and traipsing across the highlands, wandering around the lochs, visiting some of the islands, like Skye. Sadly, I’m not brave enough to do it on my own, but maybe one day I’ll be like these women of a “certain age” who just ups stakes and travels around (hopefully with a good friend or two…).

8 – “The Marble Staircase” by Elizabeth Fair. Now I know some people might say that this shouldn’t really be among the best books of 2022 since it was originally written in the 1930s. However, it wasn’t published until just this year, and therefore, it meets my criteria, and I’m going to include it in my list. What a lovely, lovely book this is, too. I can’t thank Dean Street Press enough for finally publishing this gem, and also for sending me the ARC of this book. Needless to say, if this book was originally rejected by publishers, I really want to read some of the ones that publishers released in its stead!

7 – “Small Eden” by Jane Davis. I’ve long been a fan of Davis’ work, since her writing is always vibrant, and she always comes up with a new story to tell. This one seemed very personal to her, probably because she discovered this story while investigating the home where she presently lives. I’ve read several of Davis’ books, and this is now one of my favorites! (And now I want to see her house, although I understand it no longer stands on its own, at the entry to the long-gone “pleasure park,” for which it was initially built.)

6 – “The Diamond Eye” by Kate Quinn. The serendipitous release of this novel just when Russia attacked Ukraine gave this book an extra push. That isn’t to say that otherwise it wouldn’t have been worthy of this list, because I’m certain it would. Still, that coincidence really made this story all the more poignant, since our protagonist came from Ukraine, even though it was part of Soviet Russia at the time. I was totally fascinated by this story of a very quiet woman who just happens to be a master marksman, and uses her talent to help fight the Nazis.

5 – “Maureen Fry and the Angel of the North” by Rachel Joyce. What? This didn’t get first place?, I hear you say. Well… I really had a hard time deciding where I would put this one. It could have been higher up on this list, but it can’t be any lower. The real test of a good author is that they can write an epic novel that will enthrall you, as well as distill their stories down to novella or even short story length and have you saying “WOW” after the last paragraph. That’s Rachel Joyce, and this novella is one more reason why I’m proud to be a Rachel Joyce Addict!

4 – “The Book of Form and Emptiness” by Ruth Ozeki. This novel won the Women’s Prize for Fiction 2022, and that’s no surprise to me. Ozeki’s style is very attractive. There’s a mysteriousness in the stories she tells, where she doesn’t reveal everything, and allows her readers to understand her unusual characters and the strange circumstances they find themselves it, and figure them out for ourselves. That, together with how she balances things out between comedy and tragedy, between light and dark is, well… very zen! When I think back on this book, despite all the sad things that happen to the characters, I get this wave of calm come over me.

3 – “The Winners” (Beartown #3) by Fredrik Backman. Obviously, when Backman comes out with a new book, it will invariably get onto this list. As with the #2 book on this list, I cried enough (and laughed enough) for this to tie for first place. I think the only reason why it isn’t higher on this list is because it was VERY long, but I couldn’t think where he could have cut anything out. Even so, I sped through it like it was a novella – that’s HIGH praise from this dyslexic. (And no, these books still haven’t convinced me that I should start watching hockey.)

2 – “A Brilliant Night of Stars and Ice” by Rebecca Connolly. If you go solely by the amount of tears I shed while reading this, it could easily tie for first place. But as mentioned above, I had to make a choice. Still, it is such an amazing Titanic story, from such unique angles, that I cannot recommend it more heartily. And such a change of pace from all the Titanic novels that feature all the wealthy people like Molly Brown or John Astor. I also liked that Connolly found a steerage survivor with her same last name to include in the story of the rescue by the Carpathia and its Captain Rostron.

1 – “No Land to Light On” by Yara Zgheib. Okay, I actually finished reading this book at the very end of last year, but… I only reviewed it this year, and it was only released in January. So I don’t think this is much of an exception, and I have no qualms about including it on this list. That is simply because Oh… My… Goodness, this book just blew me away at how absolutely beautifully it was written! It also pissed me off BIG time about how refugees and (totally legal) immigrants to the US were treated during the “Muslim Ban” era. (Also, the title of this book is actually from a quote from a novel by Michael Ondaatje, who – as you all know – is my favorite writer.)

So, there you have it, my favorite books of 2022! Don’t forget to look below this slideshow to see what books got honorable mentions!

Fiction:  Several other books came very close to getting on this list. For example “Five Windows” by D.E. Stevenson got 5/5 stars, but it wasn’t first published in 2022. Another one was “My Evil Mother” by Margaret Atwood, but I really think that a single, stand-alone, short story shouldn’t get on this list – they really need to be at least novella length to be included. That was the same problem I had with the short story “Signal Moon” by Kate Quinn.

Non-Fiction: The only non-fiction book I read this year was “Keys of Harmony” by Margalit Jakob, so I’ll mention it here. I believe that someone who doesn’t know the author personally might give this book 5/5 stars. 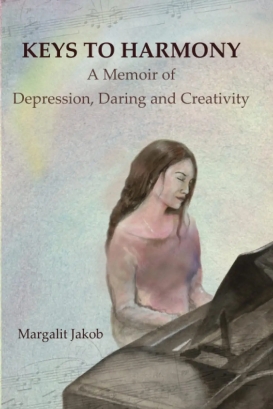 What about you? What were your favorite reads among the books published in 2022?