Summary: “The Bar Point-to-Point meeting at Quiddington St Philip is always an auspicious occasion. This year, Justice Nicholas Flagon is the favourite to win-there’s big money on him, and a fair bit against him as well. But who will scoop the jackpot when the leading jockey fails to finish-on account of getting hit in the neck with a poisoned dart? Anthony Lotherington Bathurst and Chief Inspector McMorran are more interested in who killed Flagon. Who poisoned a set of darts from the local pub with curare and was capable of hitting a jockey on a speeding horse with a single throw? And who killed a lawyer at Flagon’s funeral with the same murder weapon?” 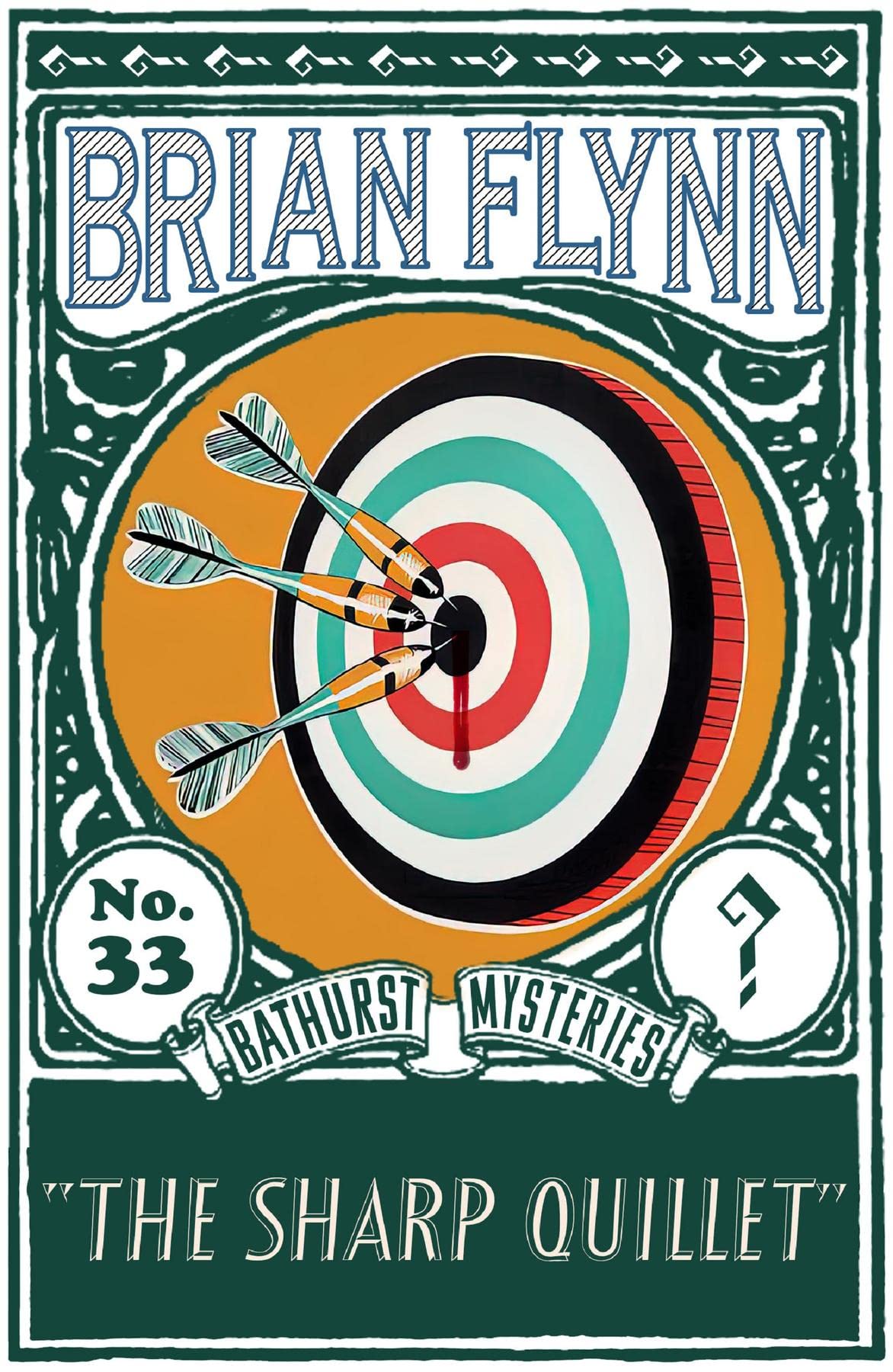 To be honest, when Dean Street Press sent me this and another novel, I wasn’t sure I was going to read either of them. First, my TBR list looked pretty full. Second, one of the books is called “Blue Suede Clues,” and I am totally turned off by these horrible pun titles that cozy murder mystery novels are using these days. Plus, much like I don’t want to read books about Jane Austen solving murders, I also can’t stomach Elvis Presley doing the same. However, the other book – this one, obviously – did look a bit better. Since Dean Street Press sent it to me unsolicited, I didn’t feel overly obliged to get it reviewed by their release date, and I figured that if I found a window, I’d give it a go. Then my fellow blogger Liz Dexter decided to challenge us to reading our unread Dean Street Press books during December! Well, I suddenly realized that was all the motivation I needed to start this book in the little window I found on my TBR list! So, with that out of the way, on to the review!

I’ve got to say, there is something very charming about mid-century murder mystery novels, particularly the British ones. I especially like ones like these where the murders happen and then we have to follow the investigations without knowing much about the murdered people as background. It means we have to discover all the ins and outs along with the detectives. This also makes it much more difficult to guess the perpetrator before the big reveal. Admittedly, I didn’t even have the slightest clue about the solution, especially since each and every one the suspects seemed to be eliminated for one reason or another as the story progressed. I mean, usually I can pinpoint one or two possibilities, and sometimes even the best of mystery writers can be a touch too obvious. This time, however, I was totally stumped until the very end, and that’s saying something.

Obviously, since this was the 33rd novel in this series, Flynn had quite a bit of practice in figuring out how to deceive and mislead his readers, while developing the main characters into such a sympathetic duo. Mind you, there was one avenue of investigation that I was surprised our sleuths didn’t seem to go down immediately, and I wondered why it was ignored until later in the digging. Still, the way this story is paced made that temporary oversight a reasonable one. I mean, I’ve watched enough crime show dramas to know that with only one murder it is often grasping at straws to find the motive. Even a second killing only eliminates some of the possible red herrings. So, to say that Flynn paced this brilliantly, and kept us wondering why these people were knocked off until near the end of the book, is an understatement. Furthermore, the whole conclusion to the novel is a real edge-of-your-seat nail biter of a romp! When I found out who the perpetrator was, I practically slapped my forehead for ignoring the few breadcrumbs that Flynn had left for us. Just perfect, if you ask me.

This is truly an intelligent murder mystery novel, that is written with such grace and wit, it is charming and compelling. I should mention that the writing style is somewhat highbrow, almost antiquated in places, and includes phrases in Latin and French that aren’t translated. These made me feel a bit stupid at times. One can easily get over most of these. However, we must remember that back then, the “N” word wasn’t taboo like it is today. The editors decided not remove those inclusions, probably because they’re used as figures of speech and not directed at anyone in particular. Even so, I was still a tiny bit put off by seeing these in the text. Because of these niggles, I can’t give it a full five stars, but 4.75 is still high praise. Classic murder mystery lovers should really look into Brian Flynn’s MANY novels!

Dean Street Press (re)released “The Sharp Quillet” by Brian Flynn on October 3, 2022 (originally published in 1947). This book is available (via the following affiliate links) from Amazon, Blackwell’s, Foyles, The Book Depository UK and Book Depository US (both with free worldwide delivery), Waterstones, WHSmith, Wordery UK and Wordery US, Kobo US (eBooks and audiobooks), the website eBooks.com, Booksamillion.com, iTunes (iBooks and audiobooks), new or used from Alibris, used from Better World Books (promoting libraries and world literary), as well as from as well as from Bookshop.org and UK.Bookshop (to support independent bookshops, especially during the COVID-19 pandemic) or an IndieBound store near you. I would like to thank the publishers for sending me the ARC of this novel.