Summary: “Welcome to Cranford, where everyone knows one another and a cow wears pajamas. It’s a community built on friendship and kindness, where women hold court and most of the houses—and men—are rarely seen. Two colorful spinster sisters at the heart of Cranford, Miss Matty and Miss Deborah Jenkyns, are daughters of the former rector, and when they’re not playing cards or drinking tea, they’re feeding an endless appetite for scandal and weathering commotions to their peaceful lives, from financial troubles to thieves to an unexpected face from the past.”

As the title of this post suggests, this is the novel that was picked for me to read for the Classics Club Spin #31. It is interesting to note that the summary from the Gutenberg Project (where I downloaded a free copy of this book) says: “Mary Smith and her friends live in Cranford, a town predominantly inhabited by women. … Elizabeth Gaskell’s Cranford is an ironic portrayal of female life in a secluded English village.” Ironic is the right word here, and I’m guessing that you’ll enjoy this novel all the more if you keep that in mind. And by the way, our first-person narrator here – Mary Smith – not only tells us these tales, she’s practically the guardian angel of the whole town, although her name eluded me throughout most of the book.

You should know that this is actually a set of sixteen tales about this fictional village, but it really does hold together as a novel, since the stories are told chronologically. Also, like many works of fiction of its time (it was published in 1853), this was first “published in installments in Household Words, a magazine edited by Charles Dickens, Cranford was a hit of its time and today offers modern readers a glimpse into a small English town during the mid-nineteenth century.” Interestingly enough, early on in the book there’s an argument between two characters where one of them has been enjoying reading the installments of “The Pickwick Papers” but the other prefers the works of one Dr. Johnson (I’m assuming they mean Dr. Samuel Johnson, whose home I visited in London, where he wrote his famous dictionary). I found it funny that the author of the former work is called Mr. Boz, even though we know that it was Dickens’ himself who wrote it!

But that’s not the only amusing thing about this novel. There is one tale, for instance, which talks about the different ways in which the residents of this town were very frugal, that really had me laughing out loud. For example, our narrator talks about how horrified she is when she sees someone take too much butter than they need, and then hopes they’ll pull off a bit of toast to wipe up the excess from their plate, even if they had no intention of eating more. I can imagine, however, that readers of the time might have taken offense at this, or some of the other things she talks about. Such as how people waste paper in their letter writing “these days.” We might also think they were being extreme when they refused to light candles unless absolutely necessary, or only when a someone came to call. Call me silly, but I thought that was adorable, and it was interludes such as these that truly charmed me!

But this novel, as sweet and fun as it is, doesn’t just give us a picture of village life, it also includes the types of conflicts (both real and imagined) required for any novel, and some of the problems that arise are pretty serious ones, like a spate of robberies, and the closure of a bank which impoverishes one of the characters. Gaskell’s pacing here was such that each of the 16 chapters (obviously written to be 16 installments in the magazine) has its own conclusions as well as their own cliffhangers. I enjoyed each one so much that I flew through this work at what could be considered for me to be breakneck speed.

All this is to say that I really enjoyed this book (or should I call it a serialized novel), even if some of my fellow readers of the classics didn’t care for it all that much. Yes, some of the language was slightly antiquated (for example, the word durst was used to mean dare), but I was able to understand almost all of it from the context, and only looked up a few things. I also found the ways that Gaskell described each of the scenes to be very vivid and evocative, with insertions of poetic phrases, like “the moldy scent of aristocracy.” In addition, each of the characters were also easily visualized, and so unique, both in their actions and personalities, that I liked all of them, even the unkind ones. This is why I’m so glad that I got this book as the Classics Club spin, and I’d warmly recommend it to any lovers of the classics, with a hearty and fulsome five out of five stars (for I durst not give it less than it truly deserves)! 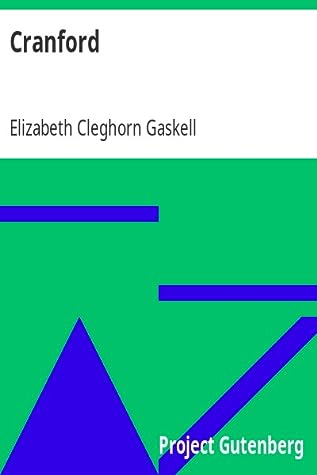 This novel was first released in 1853, and is available for free download from Project Gutenberg. However, this book is also still available to purchase (via the following affiliate links) from Amazon, Foyles, The Book Depository UK and The Book Depository US (both with free worldwide delivery), Waterstones, WHSmith, Wordery UK and Wordery US, Kobo US (eBooks and audiobooks), the website eBooks.com, Booksamillion.com, iTunes (iBooks and audiobooks), new or used from Alibris, used from Better World Books (promoting libraries and world literary), as well as from as well as from Bookshop.org and UK.Bookshop (to support independent bookshops, especially during the COVID-19 pandemic) or an IndieBound store near you.