Summary: “Yorkshire, 1943. Lily Baines, a bright young debutante increasingly ground down by an endless war, has traded in her white gloves for a set of headphones. It’s her job to intercept enemy naval communications and send them to Bletchley Park for decryption. One night, she picks up a transmission that isn’t code at all—it’s a cry for help. An American ship is taking heavy fire in the North Atlantic—but no one else has reported an attack, and the information relayed by the young US officer, Matt Jackson, seems all wrong. The contact that Lily has made on the other end of the radio channel says it’s…2023.”

In addition to the above summary, it also says on Goodreads, “Across an eighty-year gap, Lily and Matt must find a way to help each other: Matt to convince her that the war she’s fighting can still be won, and Lily to help him stave off the war to come. As their connection grows stronger, they both know there’s no telling when time will run out on their inexplicable link.” Well, well, well… Who would have thought that we’d see Kate Quinn, the Historical Fiction master, write something set in the future? Or at least partially in the future. Or would that be in two parallel timelines? I’m not really sure, to be honest. I mean, technically, this is probably considered science fiction, that is both historical and futuristic. It could also be slightly fantasy, if you think about it. I mean, communications between two people who lived 80 years apart, via an old radio is pretty fantastical, right? But according to what I can see, it seems to me more speculative fiction of the kind that includes both historical and futuristic elements.

But really, what does that matter – I mean, as they say, a rose by any other name would still smell as sweet. And yes, this is a real sweet-smelling story. Now, my readers know that I suffer from mild dyslexia, which makes me a very slow reader. So, it is very rare that I can finish even a short story in one day – but finish it, I did! Even the 32-page short story by Atwood I read earlier this year took me longer to read than this one, which is 57 pages long (albeit, thanks in part to having my Kindle on hand while waiting for my doctor’s appointment. And I’ll tell you, that felt like a much shorter wait than it actually was). This means it is a very quick read, even for a short story, so if people are trying to up their Goodreads or any other reading challenge numbers, this will help with that, for sure!

Again, this is all beside the point. You want to know what I thought of it, right? And well… there’s no two ways of saying this – I just loved it, despite it including genre(s) that aren’t my usual fare! Now, I’m not sure if I would have balked at buying this if I had known beforehand about the mixed genres here, but I’m glad I didn’t look too closely at the blurb and just saw Quinn’s name, the reasonable price, and said “sold!” before proceeding to use up the last of my Amazon gift vouchers to get a copy. Oh, but I’m getting off topic again, aren’t I? Sorry about that!

So, why did I love this story? Well, first of all, Quinn perfectly pulls us immediately into what is going on, with describing how our Lily is working for the war effort, but not in the type of glamorous way she had hoped. Then, Quinn doesn’t bring Matt into the story until we’re already hooked by the mysterious transmission that Lily hears, which is done with perfect timing. In addition, Quinn allows Matt to make some cultural references (that Lily doesn’t understand, obviously), which made me laugh out loud – particularly the one to Star Trek! Finally, Quinn moves on to some tension building and then finishes up with such a delicate touch, that it brought me to tears. Do I need to say more? I don’t think so, except that I’ve always said, that a well-written short story is a joy to behold. I can honestly say that Quinn has brought us a truly joyous example of fascinating short fiction with hers. I am wholeheartedly recommending this and giving it the full 5/5 stars that it deserves! (That’s makes two 5/5 star ratings from me this year, Kate!)

Amazon Original Stories released “Signal Moon” by Kate Quinn on August 1, 2022. This story is available exclusively (via the following affiliate links) from Amazon as both an eBook or an audiobook. 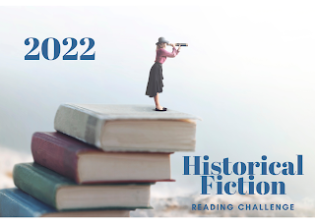 4 thoughts on “#ShortStorySunday – A Wireless Wormhole.”