Summary: “The Garretts take their first and last family vacation in the summer of 1959. They hardly ever venture beyond Baltimore, but in some ways they have never been farther apart. Mercy has trouble resisting the siren call of her aspirations to be a painter, which means less time keeping house for her husband, Robin. Their teenage daughters, steady Alice and boy-crazy Lily, could not have less in common. Their youngest, David, is already intent on escaping his family’s orbit, for reasons none of them understands. Yet, as these lives advance across decades, the Garretts’ influences on one another ripple ineffably but unmistakably through each generation.” 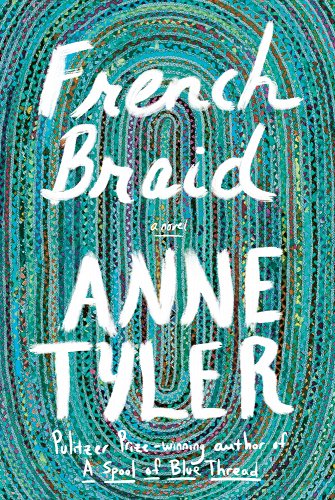 Before I start into how much I enjoyed this book, let me tell you about the one odd thing about this novel. Well, there are a lot of odd characters, but that’s par for the course for Tyler. No, what I’m talking about is the opening chapter. See, this chapter is about one of the women from the family at the center of this novel, and her going with her boyfriend to meet his parents. The woman is Serena Drew and this scene takes place in September of 2010. All on its own, it would make a fascinating character study for a piece of flash fiction, or short-short story, and we learn a lot about Serena, as well as James and his family, along with a bit about Serena’s family. Included in this chapter, Serena runs into her cousin Nicolas, whom she isn’t sure is her cousin when she sees him in the train station. Anyway, from this chapter we are transported back in time to Serena’s grandparents, when they were young. From then on, we follow this family with leaps in time to take us into 2020.

Now, what is odd is that Serena and James aren’t pivotal characters, and although Nicolas does take a more prominent role near the end of the book, he’s hardly a major character. One of my fellow bloggers didn’t care much for this, and was disappointed that Tyler didn’t give either Serena or Nicolas larger parts of the story, as she was waiting for them to reappear. That stuck in my mind when I read her review, but I decided to see for myself if it bothered me as well. To be honest, I’m glad I read that review because otherwise, Tyler putting that chapter at the start, might have been a point of disappointment for me as well. Instead, I set that aside, and thought of it as a snapshot that might or might not reveal something that happened later on in the book.

Now that I’ve finished reading it, I think I know what Tyler was trying to say by putting that chapter out of sync with the rest of the book. You see, it all has to do with the title of the book – French Braid. At one point in the book, one of the characters mentions that when you undo a French Braid, the hair stays all crinkly and curvy for a while afterwards, as if the memory of the hairstyle has left traces of itself after its undone, and that’s what a family is like. In other words, to begin with, people in a family are intertwined, but later, when they each go their separate ways, there are parts of each of them that still remember how they were when they were neatly and tightly laced together. So, that foreshadowing vignette at the start of the book touches on both the parts of this family that were once braided together, but that now only hold the reminder of those woven parts. Clever, don’t you think? Well, I do think so, in any case!

As I already said, I really enjoyed this book, and I ask you, is there anyone else out there that writes like Anne Tyler? I mean, seriously, she can take you on such amazing journeys, without ever having to suspend belief, and sometimes, without ever leaving Baltimore! She brings you into a simple, everyday world, and then teases you along until you feel like you’ve spent your whole life getting to know her characters, and you will fall in love with each and every one of them, warts, and all. Furthermore, her gently poetic prose always feels like it was written with a twinkle in Tyler’s eye; there’s such a lightness there, even when something sad or bad happens. As usual, Tyler made me laugh many times while I was reading this book, and she also made me cry twice. Which means I have no choice but to wholeheartedly recommend this novel and give it a full five stars out of five! (And this reminds me why I want to read more of her back list, and will always be on the lookout for her next work!)

Knopf – Random House released “French Braid” by Anne Tyler on March 22, 2022. This book is available (via the following affiliate links) from Amazon, The Book Depository UK and Book Depository US (free worldwide delivery), Foyles, Waterstones, WHSmith, Wordery UK and Wordery US, Kobo (eBooks and audiobooks), the website eBooks.com, Booksamillion.com, iTunes (iBooks and audiobooks), new or used from Alibris, used from Better World Books (promoting libraries and world literary), as well as from as well as from Bookshop.org and UK.Bookshop (to support independent bookshops, especially during the COVID-19 pandemic) or an IndieBound store near you. I would like to thank the publishers for sending me an ARC of this novel via Edelweiss. 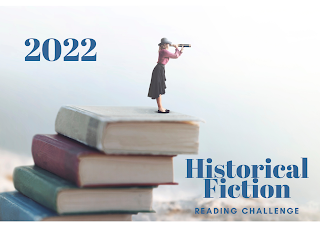 23 thoughts on “An Entwined Family.”