Summary: ““Life is like looking out of a lot of different windows.” So says Malcolm, shepherd and boyhood friend of David Kirk, and the words linger in David’s mind as he reflects on his life so far. He recalls the window of his parents’ home in rural Scotland, where he acquires the moral code which will guide him and begins to realise his flair for writing. There’s the window of his uncle’s house in Edinburgh, where he attends school, and the rather dingy window of a boarding-house in London where he learns the darker side of life while beginning his work life. A much brighter fourth window, over a London bookshop, dramatically shifts David’s direction, and a fifth window . . . well, you’ll need to read the book to find out about that one!” 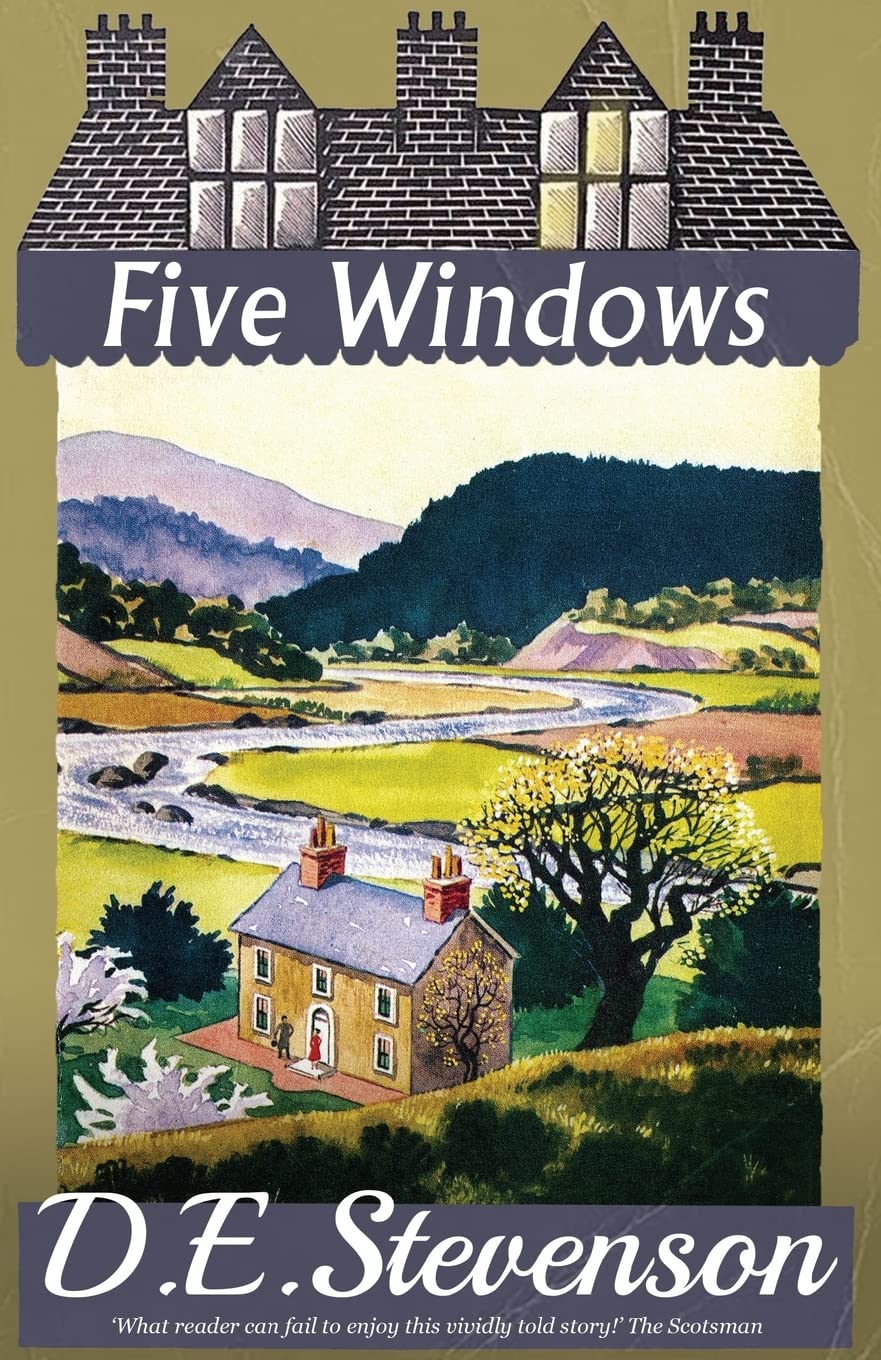 After giggling my way through the (almost debut) novel by Stevenson that Dean Street Press sent me (Fair Miss Fortune), I knew that the first opportunity I had on my reading list would be dedicated to this novel. According to the Dean Street Press website, “In Five Windows, first published in 1953, we have one of D.E. Stevenson’s warmest and wisest tales, infused with her acute knowledge of human nature, her flair for characters both likable and not, and an irresistible blend of nostalgia, wit, occasional melancholy, romance, and ultimate happiness.” From this I knew I wasn’t getting a cute comedy like I did with the previous novel, but I also knew that Stevenson’s writing would see me through. Plus, an interesting aside: I believe that Stevenson’s works are considered classics (albeit modern ones), and this novel has more romantic love (although I wouldn’t ever call it a romance novel) than the one I picked for the Classics Club Dare for February (so I’m including it with the #CCDare)!

Back to the subject. You’ll notice that in the Dean Street Press blurb, the word “wit” is a very small one, which tends to get lost in the shuffle. However, there is actually a whole lot to smile about in this book, even though I wouldn’t call it a comedy. Certainly, the lightness of Stevenson’s prose I found in her other book is here in full force, but where that one looked upon the world of the protagonists with a satirical eye, this one has the protagonist being critical, and lightly sardonic while looking at his own world and the world around him, from his own personal viewpoint. Furthermore, as the story progresses, we see how David grows and changes, from being a bit of a follower with little self-confidence, to a man who knows who he is, and what he wants from life, while enjoying his own process of figuring out how to go about getting what he wants. Obviously, that makes this the perfect example of a well-rounded, character driven, coming-of-age story.

And what a totally lovely character David is! In the autobiographical notes included in this edition, Stevenson notes that some people thought that her characters were too nice. She explained that she really liked the human race, and she almost never met anyone about whom she didn’t find something to like. Living today, with so many nasty people that we encounter in both real life and virtually via social media, reading a novel about people who are personable and kind is truly a breath of fresh air. This is probably why I found myself smiling throughout reading her books. And yet, none of her characters are perfect, they all have flaws, but I couldn’t help loving each and every one of them, even those that were more difficult than others. I should mention that one of the things I enjoyed so much about David was how he found that he had no problem with being just good friends with women – he truly seemed to enjoy their company. But when he discovers he’s in love with one of them… well, that scene made me both laugh and cry (and I think you know what that means)!

Finally, I should note that in the blurb, Dean Street Press says that it “…also features a cameo from two characters we’ll meet again in The Tall Stranger.” Oh, great! I’ll put this one right on my TBR list. I think then, after all this, that I have to say that I found this novel just delightful, and I’m now truly a D. E. Stevenson fan (and I’m thrilled she has so many books for me to look forward to). Now, if you don’t like friendly and considerate characters who are intelligent and witty, then this is not the book for you. However, if you’re like me, and you need some of those characters in your reading life right now, then go out and get this novel ASAP! Therefore, I am wholeheartedly recommending this book with a full 5/5 stars!

Dean Street Press re-released “Five Windows” by D.E. Stevenson on January 2, 2022. This book is available (via the following affiliate links) from Amazon, The Book Depository UK and Book Depository US (free worldwide delivery), Foyles, Waterstones, WHSmith, Wordery UK and Wordery US, Kobo US (eBooks and audiobooks), the website eBooks.com, Booksamillion.com, iTunes (iBooks and audiobooks), new or used from Alibris, used from Better World Books (promoting libraries and world literary), as well as from as well as from Bookshop.org and UK.Bookshop (to support independent bookshops, especially during the COVID-19 pandemic) or an IndieBound store near you. I would like to thank the publishers for sending me an ARC of this novel.

This novel qualifies for the following reading challenges: Classics Club 2.0 Dare (Love is in the Air #2), New Release Challenge (#6). 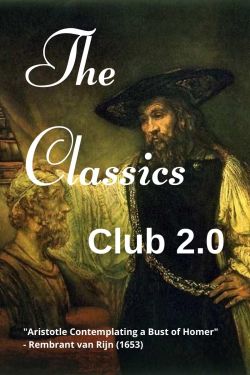 11 thoughts on “The Inward Eye – Another #CCDare Love is in the Air.”