Summary: “1945 When critically wounded Captain Cooper Ravenel is brought to a private hospital on Manhattan’s Upper East Side, young Dr. Kate Schuyler is drawn into a complex mystery that connects three generations of women in her family to a single extraordinary room in a Gilded Age mansion. Who is the woman in Captain Ravenel’s miniature portrait who looks so much like Kate? And why is she wearing the ruby pendant handed down to Kate by her mother? In their pursuit of answers, they find themselves drawn into the turbulent stories of Olive Van Alan, driven in the Gilded Age from riches to rags, who hired out as a servant in the very house her father designed, and Lucy Young, who in the Jazz Age came from Brooklyn to Manhattan seeking the father she had never known. But are Kate and Cooper ready for the secrets that will be revealed in the Forgotten Room?”

When I have a little bit of extra funds available, I like to buy some of the back-listed books by authors I’ve come to know and love. That’s why I picked up this, the first novel where Team-W collaborated. Obviously, this must have been a hit when it debuted, or they wouldn’t have continued to work together so successfully. But now that I’ve read their other works, I can see how they’ve improved and how their styles have meshed together so that instead of three separate sounding stories, they’re more cohesive. Mind you, in their latest book you can still feel that each of the three main characters have different voices and personalities, but somehow the novel feels more like one story. Here, the three different story lines feel a bit less connected, and there were times when I felt like they weren’t matching up quite as well. For example, some chapters had some really beautiful, practically poetic prose, while others felt a touch colorless to me. Even so, I didn’t have any problem with three different timelines, because they all made perfect sense – which is no less than I expected from Team-W.

Another thing I noticed about this book as compared to the others, this one really focuses a good deal on the romance elements of these three women. In fact, I’m even calling it a romance novel. Now, I get that this is a genre that is very popular, and it sells. But truth be told, I have a hard time with books that seem to ignore practically everything about who and what the female character is, and what she wants out of her own life, the moment a handsome guy walks into the picture. Okay, I get it that women in the late 1900s didn’t have a whole lot of career ambition, so I’ll let Olive off the hook here (for the most part). But Lucy in 1920 and Kate in 1944 – sorry, but I don’t buy it. Sure, Lucy isn’t an ambitious woman, so that almost works, but she’s lived through a world war, when I’m certain she saw women around her stepping up to fill out the depleted workforce while the men were in Europe fighting. As for Kate, well, she’s become a full-fledged doctor, against all odds! That she’d drop everything, even for a man willing to “allow” her to continue practicing, just felt a bit unbelievable to me.

I also found that in this novel, the writers weren’t able to evoke as much sympathy from me for these women as they did in their other books. This could possibly be because of the heavy romantic side of these books. Another reason could be because I felt some inconsistencies regarding how each of these women described and/or related to the titular forgotten room. I did feel for Olive the most, and while I appreciated Kate’s spunk in trying to be a professional woman, I really couldn’t connect well with Lucy, who seemed almost adrift. Strangely enough, though, I felt like the writing style in Lucy’s chapters was actually the most vivid of the three, with Olive’s coming in a close second. Sadly, Kate’s chapters felt the least alive to me, and the most difficult for me to envision.

That said, I actually enjoyed reading this book a great deal, while at the same time, I’m glad that this wasn’t my first outing with Team-W. Having the advantage of experiencing their other books first, means that I can see both how far they’ve come as collaborators, as well as how that their focus has moved further away from romance with each new novel. Now, this doesn’t mean that I wouldn’t have read their other books if I had read this one first, but I might have been a touch wary of them if this had been my initial experience. Obviously, because I’ve enjoyed all these books, if they write yet another book together in the future, I’ll be first in line to read it. With all of this, I think that I’ll still recommend this book, especially to those who like a good romance, as they’ll probably adore this one. Sadly, that’s not really my thing, and that’s why for me, I think three and a half stars out of five (which from me, is still a good rating) is most appropriate. However, I’m certain that had I read this before their other works, I would have given them a higher rating!

“The Forgotten Room” by White, Williams, and Willig is available (via the following affiliate links) from Amazon, The Book Depository (free worldwide delivery), Foyles, Waterstones, WHSmith, Wordery, Walmart (Kobo) US (eBooks and audiobooks), the website eBooks.com, Booksamillion.com, iTunes (iBooks and audiobooks), new or used from Alibris, used from Better World Books (promoting libraries and world literary), as well as from as well as from Bookshop.org and UK.Bookshop (to support independent bookshops, especially during the COVID-19 pandemic) or an IndieBound store near you. 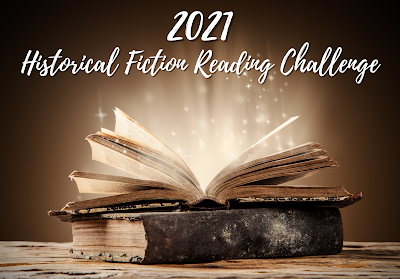