Book Review for “Antiquities: A Story” by Cynthia Ozick.

Summary: Lloyd Wilkinson Petrie, one of the seven elderly trustees of the now defunct (for thirty-four years) Temple Academy for Boys, is preparing a memoir of his days at the school, intertwined with the troubling distractions of present events. As he navigates, with faltering recall, between the subtle anti-Semitism that pervaded the school’s ethos and his fascination with his own family’s heritage–in particular, his illustrious cousin, the renowned archaeologist Sir William Matthew Flinders Petrie–he reconstructs the passions of a childhood encounter with the oddly named Ben-Zion Elefantin, a mystifying older pupil who claims descent from Egypt’s Elephantine Island. From this seed emerges one of Cynthia Ozick’s most wondrous tales, touched by unsettling irony and the elusive flavor of a Kafka parable, and weaving, in her own distinctive voice, myth and mania, history and illusion.

If there’s one thing I’ve already come to expect from Cynthia Ozick is to never have any expectations of what you’re about to read, because she’ll shatter them all in an instant. Now, I mean that in a good way – in fact, in the best way possible. You see, this story (and you can see calls it just that; she doesn’t call it a novel or even a novella) is nothing like the other two books of hers that I’ve read. First of all, it is relatively short (only 192 pages, and I finished it in under three days). Second of all, it is written as a type of memoir or journal – so much so that Ozick even has him break the fourth wall and speak directly to the reader at times. Third, there’s at least one story within the story, the most prominent of which belongs to the relationship between Petrie and Ben-Zion Elefantin, who was a student with him at the Academy. There’s also a type of “and then there were none” aspect to this story, where one by one the Trustees of the Academy either meet their demise or move away.

What makes one marvel at this story is how Ozick includes all of this in such a spare amount of prose. To top it all off, I had the distinct feeling that Ozick was also making fun of Petrie, even as she put the story into his own words. For example, near the beginning of the story, Petrie talks about how each of the trustees have been recruited to write up to 10 pages about a personal experience of theirs at the Academy. This is to help them update, or annotate, the present history of the school. Petrie is the only one who is doing this using a typewriter, and his fellow trustees don’t like the noise it makes while he’s doing it. Petrie puts this down to the fact that he’s actually writing something and they’ve probably not even begun their assignments. It occurred to me that in fact, Ozick was inferring that this was a joke they were all playing on Petrie, and he’s the only one who took the job seriously.

This story is also a fascinating character study, as well. At the start of this story, Petrie is quite bombastic and full of himself. However, as the story proceeds, what emerges is a man filled with self-doubt, who was much of an outcast when he attended the school he’s now been entrusted to preserve. He’s not a very nice guy, to be honest, and yet you still feel for him. His son has moved away to California to work in Hollywood, and that means his family law firm will eventually be left to strangers. He’s also very conflicted. On the one hand, he holds the same prejudices as the majority of his classmates and teachers regarding Jews in general, and yet the one student he connects with – at least partially – is obviously Jewish. In addition, he talks about his wife, but we quickly learn that she wasn’t the woman he truly loved. Of course, there’s his story about Ben-Zion and their relationship which he is both afraid to show the world, yet he does everything he can to write it down for posterity. Obviously, that was one reason why he was shunned while at school, and yet he is proud to be a Trustee of the Academy with some of the men who were the unkindest to him in the past. In short, Petrie is an enigma.

I will add here that because Ozick is Jewish herself, and with a deep understanding of its customs and traditions, the topper to this story is how Petrie observes, yet doesn’t fully comprehend everything that Ben-Zion says or does because of his religious background. It is as if Ozick is able to step outside her own heritage and see it from a foreigner’s point of view. If you ask me, that’s genius, and there is absolutely nothing in this short work that could prevent me from warmly recommending it to anyone who wants to have a quick read of something a bit out of the ordinary. That’s why I’m giving it a full five stars out of five (and now I have GOT to get a copy of her re-released collected short stories). I will leave you with this quote which perfectly embodies Ozick and her writing.

“Inventing a secret, then revealing it in the drama of entanglement—this is what ignites the will to write stories.” ~ Cynthia Ozick

Knopf Publishing Group released “Antiquities: A Story” by Cynthia Ozick on April 13, 2021. This book is available (via the following affiliate links) from Amazon, The Book Depository (free worldwide delivery), Foyles, Waterstones, WHSmith, Walmart (Kobo) US (eBooks and audiobooks), the website eBooks.com, iTunes (iBooks and audiobooks), new or used from Alibris, used from Better World Books (promoting libraries and world literary), as well as from as well as from Bookshop.org and UK.Bookshop (to support independent bookshops, especially during the COVID-19 pandemic) or an IndieBound store near you. I would like to thank the publishers for sending me an ARC of this novel via Edelweiss. 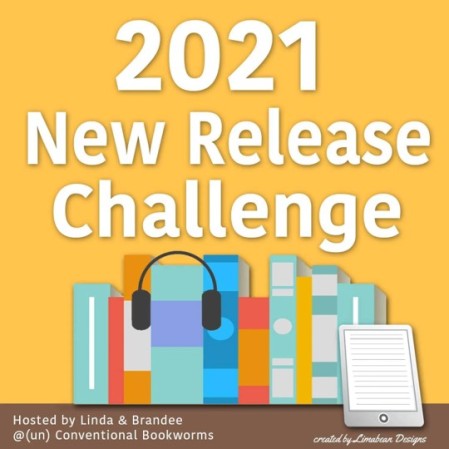