Book Review for “The Blue Flower” by Penelope Fitzgerald.

Summary: “This is the story of Friedrich von Hardenberg–Fritz, to his intimates–a young man of the late 18th century who is destined to become one of Germany’s great romantic poets. In just over 200 pages, Fitzgerald creates a complete world of family, friends and lovers, but also an exhilarating evocation of the romantic era in all its political turmoil, intellectual voracity, and moral ambiguity. A profound exploration of genius, The Blue Flower is also a charming, wry, and witty look at domestic life. Fritz’s family–his eccentric father and high-strung mother; his loving sister, Sidonie; and brothers Erasmus, Karl, and the preternaturally intelligent baby of the family, referred to always as the Bernhard–are limned in deft, sure strokes, and it is in his interactions with them that the ephemeral quality of genius becomes most tangible. Even his unlikely love affair with young Sophie von Kühn makes perfect sense as Penelope Fitzgerald imagines it.”

My regular readers might recall that I read and reviewed Fitzgerald’s “The Book Shop” after enjoying the 2018 film adaptation. That was the first book by Fitzgerald I’d read, and I did like her style (even if I did prefer the movie). Well, while clearing my shelves to move house, I found a copy of this novel, and for the life of me, I don’t know when or why we bought it! No matter, this was a great opportunity to see if that first book was a fluke or not. One of my problems with “The Book Shop” was that it didn’t age well, but I figured that wouldn’t be a problem with this, as this is historical, biographical fiction, and not vintage, contemporary fiction. In this, I was absolutely right, but this was nothing like her other book, which is a good thing, I think.

Aside from this, I felt quite stupid that I had no idea who Novalis was, or that his real name was Friedrich von Hardenberg. In fact, I know nothing of this whole group of German aristocracy in this book, and almost all of the towns and villages mentioned here were also unknown to me. Granted, I’ve spent very little time visiting Germany (and I guess my Jewish heritage does make me shy away from it to a certain degree), but this book made me realize that if I do go to Germany again, I would like to explore some of these more remote areas. Yes, much of what Fitzgerald describes seems pretty much to be in ruins, old homes that their owners haven’t had the funds to keep up for decades, but that have some old-world charm underneath the decay and dirt. It sounds like fun to explore them, like one does with long-abandoned castles. It also makes you realize that large swaths of the aristocracy could easily find themselves in ruin, despite their social standing.

What was also interesting was how Fitzgerald seems to make fun of these people while having sympathy for their financial difficulties. Some of the most charming parts of this novel came when Fitzgerald described the problems of the privileged classes, where their worries over trivial things seem to outweigh the fact that they can’t afford heating and are having problems feeding their household. Our main protagonist Fritz is also poked fun of when he seems to wander from place to place, trying to educate himself so he can obtain a profession and his already secured position that he obviously isn’t interested in holding, yet knowing that he has no choice. His studies also seem to come at the expense of his sudden adoration for Sophie – the girl who is practically a child that he falls in love with, and whom he often calls his “philosophy,” (hence the title of this review). It made me wonder if he wasn’t allowed to pass his classes just because of who he was, and not due to his talents in the field. As for the titular creative writing piece that Fritz tries to write for Sophie, he apparently never finished it, which is actually no surprise, if we take Fitzgerald’s portrait of him seriously.

I have to say that I really enjoyed this novel, even though I was sometimes confused by who was whom and where everyone was or where they were going to or coming from. With such a large cast of characters, and so many places noted, I had to concentrate on the essence of this tragic love story, which sometimes wasn’t easy to do. Also, I now know that this was Fitzgerald’s last published novel, and it made me even more curious about her other books, which is certainly a good thing. Still, all told, I think that this is a book I’d recommend (especially to those who know more about German history than I do), mostly because of its historical social satire qualities. However, because it did feel somewhat hard to follow at times, and I didn’t get much insight into the era of the novel, I’ll give it four out of five stars.

“The Blue Flower” by Penelope Fitzgerald is available (via the following affiliate links) from Amazon, Waterstones, WHSmith, Foyles, The Book Depository (free worldwide delivery), Walmart (Kobo) US (eBooks and audiobooks), the website eBooks.com, iTunes (iBooks and audiobooks), new or used from Alibris, used from Better World Books (promoting libraries and world literary), as well as from as well as from Bookshop.org and UK.Bookshop (to support independent bookshops, especially during the COVID-19 pandemic) or an IndieBound store near you. 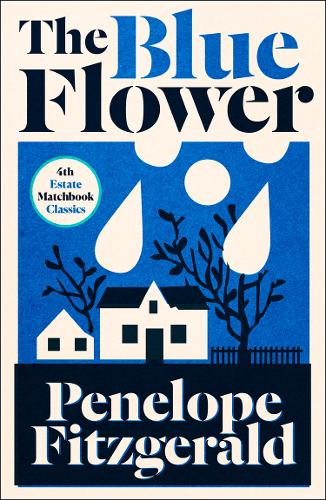 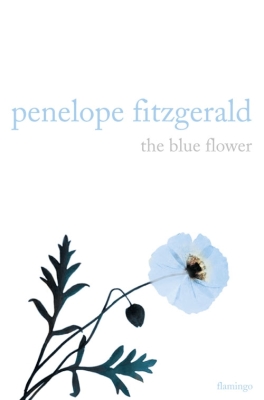 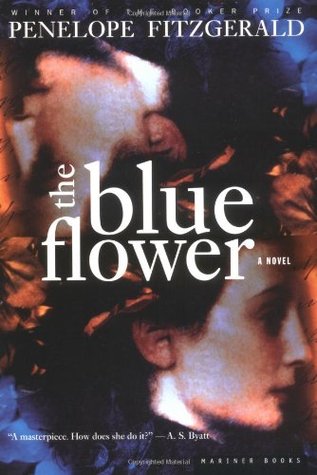 This review qualifies as my 7th entry in the 2021 Historical Fiction Reading Challenge!

9 thoughts on “The Philosophy of Novalis.”