Book Review for “A Pink Front Door” by Stella Gibbons.

Summary: “James’s gesture with the key was cautious because he was not always sure of who or what he would find in the hall when he got in. It might be someone in tears, or someone asleep while they filled up time waiting to catch a train, or someone drunk. James Muir has reason to be cautious about entering his own home. His wife Daisy just can’t resist solving everyone else’s problems. There’s Delia Huxtable, a young unwed mother, and her daughter Evelyn (‘my illegit’), Molly Raymond, who falls far too easily in love, Tibbs, an Eastern European refugee, and Daisy’s old school friend Don (‘The Hulk’) and his family, for whom Daisy commandeers her neighbour, Mrs. Cavendish’s top floor. All watched over, reluctantly, by Daisy’s father, a retired Army man, her elderly cousins Ella and Marcia (the latter a Dame thanks to her World War I service), and the long-suffering James-not to mention her young son James Too (“That white thing? I thought it was a parcel. She drags that child around too much.”) But when Mrs. Cavendish decides to enslave Don’s wife to replace her lost servants and Molly turns her affections on James, Daisy is forced to re-think her priorities.” 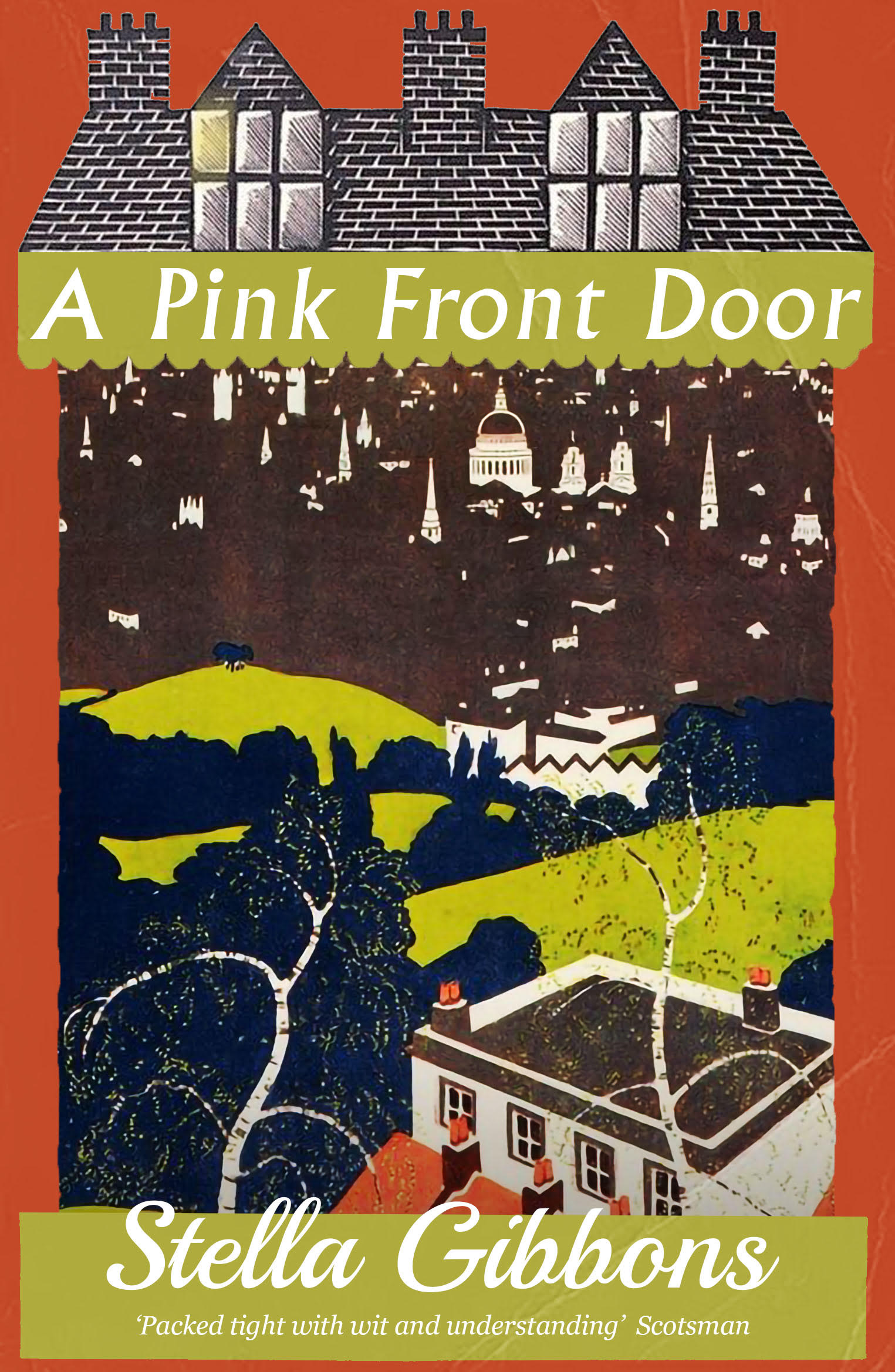 As an introduction, you should know that this novel was first published in 1959, but has been out of print for some time. However, that’s all in the past since the lovely Dean Street Press decided to re-release it. Gibbons is probably best known for her debut novel, “Cold Comfort Farm” which won the Femina Vie Heureuse Prize for 1933, and garnered her being called the 20th Century’s Jane Austen. This much later novel has been called “one of Stella Gibbons’ most delightful and perceptive social comedies.” Now, I can’t attest to the latter, since this is the first of her books I’ve read, but I can easily see why they’d say the former. In fact, if I can make this comparison, I would say that this novel could be likened to “Emma meets Persuasion.” You see, our protagonist Daisy is as much of a meddler as Emma was, and there are quite a few changes in personal financial status in this story among most of the characters, which is a prominent aspect of Austen’s latter novel.

Of course, the financial status of these people, is quite pronounced here, and especially interesting because we’re not talking about anyone who is terribly poor nor terribly wealthy. Gibbons brings us to London at a time where things are changing drastically. They’ve suffered two world wars, and since the austerity of the last one had mostly faded, its impact seems to increasingly grow. For example, Gibbons touches on things like how society looks at unmarried women, who are neither from the aristocracy nor from among the poor, working classes. Here is a world that has a growing middle class, made up of people who were both born into it, as well as those from the other classes whose mobility (both upward and downward) brings them into this widening circle. This is something that happened in the late 50s and early 60s where the large gap between the rich and the poor from before the two World Wars seemed to begin to fill up with more people in the middle.

In this book, Daisy and James seem to be somewhere in the lower half of the spectrum of the middle class. James makes a good enough living to cover the basic expenses required to shelter and house his little family, but just barely. That’s why Daisy takes temp jobs when she can, just to supplement their income and allow herself to splurge on little luxuries from time to time. Even though their own situation seems tenuous when an extra expense crops up, nothing seems to deter Daisy from trying to help every “stray dog” person she comes across. Gibbons introduces us to a huge cast of (mostly, sorry) characters which become Daisy’s rehabilitation projects (as the summary above clearly shows). With them, we also get Daisy’s father and the two elderly, female cousins, not to mention various and sundry friends from their own lives, and James and Daisy’s infant son (adorably named “James Too”). Thankfully, Gibbons makes each of these people unique enough to prevent us from getting confused – at least for the most part – and weaves a delightful tale of unfortunate incidents and problematic scenarios, many of which seem to require some time consuming, creative, and sometimes very funny, solutions.

As for Gibbons’ writing style, I found it thoroughly delightful. It was just light enough to allow her satirical aspect to come through, with some nicely lyrical, dare I say, poetic passages to describe the various places these characters inhabit and visit. Mind you, there were a few instances when memories and flashbacks slightly muddled the narrative, but these were only short asides and Gibbons quickly got back to the point. All told, I really enjoyed this, and I’m happy to see that Dean Street Press has quite a few of Gibbons’ works in their collection, that I’d be happy to read in the future. I think this deserves a very warm recommendation with a rating of four and a half stars out of five.

Dean Street Press will re-release “A Pink Front Door” by Stella Gibbons on January 4, 2021. This book is available (via the following affiliate links) from Amazon, Waterstones, WHSmith, The Book Depository (free worldwide delivery), Walmart (Kobo) US (eBooks and audiobooks), the website eBooks.com, iTunes (iBooks and audiobooks), new or used from Alibris, used from Better World Books (promoting libraries and world literary), as well as from as well as from Bookshop.org and UK.Bookshop (to support independent bookshops, especially during the COVID-19 pandemic) or an IndieBound store near you. I would like to thank the publishers for sending me an ARC of this novel.

One thought on “Blooming Charity.”