Book Review for “Theo: A Novella” by Paul Torday.

Summary: “John Elliott is the recently appointed vicar of St Joseph’s – a dilapidated church with a congregation of sixteen and a leaky roof. Having entered the Church more by default than through any great calling, he struggles to inject some life into his ailing parish. His wife Christine longs for them to escape the endless rounds of coffee mornings and cake sales. Then Theo, a child at her school, starts to exhibit strange marks on his hands and feet that vanish almost as soon as they have appeared. What has produced these marks – is it physical violence or something stranger? And why has the previous vicar of St Joseph’s ended up in a psychiatric hospital?”. 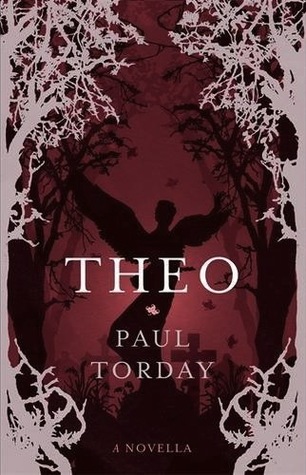 When author Paul Torday died in 2013 at the age of only 67, I was heartbroken. After his son Pierce finished and published his last manuscript “The Death of an Owl,” I went out and bought it, and to this day, I’m determined to read all of his back-list I haven’t gotten to yet. What’s most fascinating about Torday is how very versatile he was as a writer. He wrote humor and dark drama with equal ability and aplomb, with a style that was deceptively simple and evocative. Seeing as it is “Novella November,” when I saw this on sale on Amazon, I decided to pick up a copy (sight unseen) so I could join in on this fun, and boy, this was not what I was expecting.

What I wasn’t expecting was a story where a young boy seems to have Stigmata. For those who don’t know, it is (according to Wikipedia) “… the appearance of bodily wounds, scars and pain in locations corresponding to the crucifixion wounds of Jesus Christ, such as the hands, wrists and feet.” Now, I’m Jewish, so often anything that even slightly smacks of Christian fiction turns me off (although I can tolerate it, if it isn’t preachy). That fact also makes me skeptical of such mystical things like this as being real, but I won’t argue with those who believe it happens. Obviously, this story borders on the world of magical realism and/or fabulism, which are NOT my things, but it does fall short of being a fantasy story. Mind you, this could be considered urban fantasy, except… this takes place in a more rural setting, in Scotland (is there such a thing as rural fantasy?). Whatever. My point is that despite all this, I couldn’t stop reading this novella, and that should be enough to recommend it all on its own.

That said, and already knowing that this story is far from something usual, it occurred to me that there were characters here that appeared in one of Today’s novels “Light Shining in the Forrest,” which takes place in about the same area as this story. That was one of Torday’s more disturbing stories (I believe I said it could be a great story arc for the TV show Criminal Minds), and I suppose this is also on the disturbing side. In researching this story, I now see that this was a type of prequel to that book, so this makes more sense. But when I think about it, this is mostly John Elliott’s story and his struggle with both his faith and his circumstances, and a fascinating character study. One could also say, this is a type of coming-of-age story, because despite the whole Stigmata thing, this isn’t really a spiritual story, and although it isn’t a total tragic tale, the ending isn’t completely happy either.

I’m actually having a hard time writing this review, since I’m not sure that this was a really satisfactory read, especially because of the ending. On the one hand, he had me captivated from the start. On the other hand, knowing that it is almost a prologue for the next book he published, makes me realize that Torday might not have wanted to make this into something that tied everything up neatly; Torday might have wanted questions in our minds when we finished reading this, possibly to encourage us to read the then forthcoming novel. If this was written and published as a marketing ploy, I’m not sure it was effective. Of course, I did read that last book, but I don’t know if reading this prior to the novel would have changed if I read the novel or not. Still, there’s no dismissing how compelling Torday wrote, so although I believe his novels are better than this, I’ll still recommend it, but with some reservations and a better than average 3.5 stars out of five.

“Theo: A Novella” by Paul Torday is available (via the following affiliate links) from Amazon, Walmart (Kobo) US (eBooks and audiobooks), the website eBooks.com, iTunes (iBook or audiobook), The Book Depository (free worldwide delivery), new or used from Alibris, used from Better World Books (promoting libraries and world literary), as well as from as well as from Bookshop.org (to support independent bookshops, especially during the COVID-19 pandemic) or an IndieBound store near you.