From “Normal People” by Sally Rooney to “The Behaviour of Moths” by Poppy Adams.

This month we start with “Normal People” by Sally Rooney! 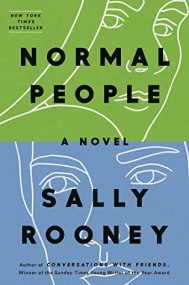 This month (June 6, 2020), the chain begins with Sally Rooney’s best-selling novel “Normal People” which was just made into a TV series on Hulu (and a very good one, by the way). According to Goodreads “At school Connell and Marianne pretend not to know each other. He’s popular and well-adjusted, star of the school soccer team while she is lonely, proud, and intensely private. But when Connell comes to pick his mother up from her housekeeping job at Marianne’s house, a strange and indelible connection grows between the two teenagers – one they are determined to conceal. A year later, they’re both studying at Trinity College in Dublin. Marianne has found her feet in a new social world while Connell hangs at the sidelines, shy and uncertain. Throughout their years in college, Marianne and Connell circle one another, straying toward other people and possibilities but always magnetically, irresistibly drawn back together. Then, as she veers into self-destruction and he begins to search for meaning elsewhere, each must confront how far they are willing to go to save the other.” I haven’t read this book but I’m not overly excited by this blurb. So, it sounds like a definite maybe for me, however I’m not at all averse to watching it on TV. 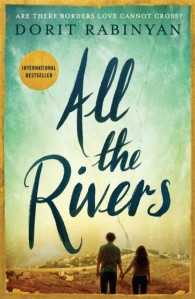 When I read that blurb my first impression was that “Normal People” sounded like a modern twist on Romeo and Juliet. However, on second thought it also sounds like there’s a touch of “A Star is Born” in this book as well. I think, though, I’ll go with the updated Shakespeare connection and make my first link to what I believe is the best modernization of that story line since “West Side Story,” which is Dorit Rabinyan’s novel “All the Rivers.” This absolutely gorgeous novel received acclaim after a rather disgusting and racist Israeli Minister of Culture said that the book should be removed from the nation’s high school suggested reading list. Although the Minister claimed that her reason was because it put the Israel Defense Forces in a bad light, the real reason was because it depicts a romance between an Israeli Jewish woman and a Palestinian man. Well, it became a best-seller in Hebrew practically overnight, and that spurred the book to get translated into English (by a Booker Prize winning translator), and thereby gain an international audience! (What do they say about Karma, again?) 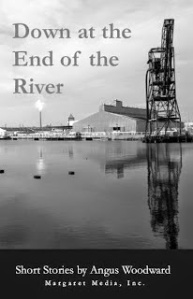 Since I want to be more spontaneous with these links, and not stick to any one theme throughout (just to see where it will take me), I think I’m going to use the title of the previous book to get to my next one. That means my next book in the chain is “Down at the End of the River” by Angus Woodward. This is a collection of short stories all set in Louisiana, which is a state I’ve never visited, but would like to someday. Although I wanted a little more of a “Louisiana virtual vacation” than what I got, overall, I really enjoyed these stories and the “amuse-bouche” it provided me, for a place I’ve never visited. Woodward’s real talent is in drawing slightly off-kilter or quirky characters, and putting them into varying situations. Worth a read, even if you’ve never heard of this author! 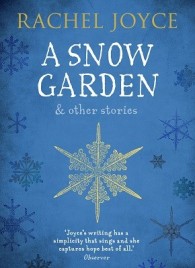 From there, let’s go to another collection of short stories that all take place in a certain location. I have read a couple of books that apply, but the one that stands out the most is “A Snow Garden and Other Stories” by Rachel Joyce. My regular readers will know how much I enjoy Rachel Joyce’s writing, and this collection that takes place somewhere in England also takes place around the Christmas holiday – before, during and after. Now, being Jewish, this usually wouldn’t appeal to me (in fact, I tend to avoid Christmas stories, as a rule), but there’s just something about how Joyce creates her characters and builds her stories that just won me over. I also really liked how she arranged the stories chronologically, all during one particular holiday season, with some overlaps of locations, and even a character or two. Such a delight! 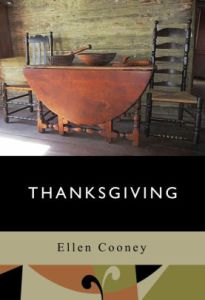 For this degree, I’m going to go with another holiday themed novel, which feels almost like a collection of short stories, but is actually a family saga that that spans many (MANY) generations. That would be “Thanksgiving” by Ellen Cooney. This is a very special book, because it starts with a woman in America in 1662, and follows her family for 350 years, where each chapter takes another generation, and tells the family’s story through not only how they come together for the very American holiday of Thanksgiving, but also where each generation has a focus on one particular traditional dish – starting with the turkey that the matriarch of the family gets for that first feast. Now, you don’t actually get the recipes for these dishes, but each chapter does have a description of preparing that dish, so you could almost call this culinary fiction. 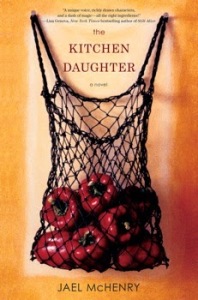 Ah, culinary fiction – I just love it. In fact, I even did a Top Ten Tuesday about it when we had a genre freebie. That means I have a number of books to choose from, but I think the one I’ll go with for this link is one by a lesser known author (who just happens to be someone that I used to be in contact with over the internet, way back in the 1990s)! I’m speaking of Jael McHenry’s novel “The Kitchen Daughter” which is about two sisters having to cope with the sudden loss of their parents. One of the sisters, Ginny, has Asperger’s and her parents were her primary caregivers. With them gone, the question is, can she now take care of herself, or will she need to move in with her sister Amanda and her family? The culinary part comes in as part of Ginny’s coping mechanism, together with some magical realism when she believes that her Nona’s ghost shows up while she’s cooking one of her recipes. 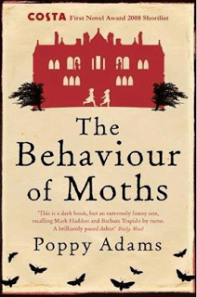 For this last link, I could go with sisters or I could go with some kind of disability, or… I could go with both, that also has a character name connection! That’s why I’m going to go with “The Behaviour of Moths” (released in the US under the title “The Sister”) by Poppy Adams, where we have Vivian and Ginny, where the latter is a bit… well… off with her obsession with moths. Ginny got this fascination from her father, along with the possession of their very old, dilapidated mansion, which Vivian left at a very young age and make her own way in the world. This metaphor-laden novel investigates the relationship between these sisters, who have been estranged most of their lives, and the secrets behind both this crumbling, stately home and its less-than-splendid inhabitants. This is Adams’ only novel, but rest assured, if she ever comes out with another book, I’d love to read it.

The only thing I can think of is that both are stories about problematic relationships, but that’s a very tenuous connection, I’m afraid! 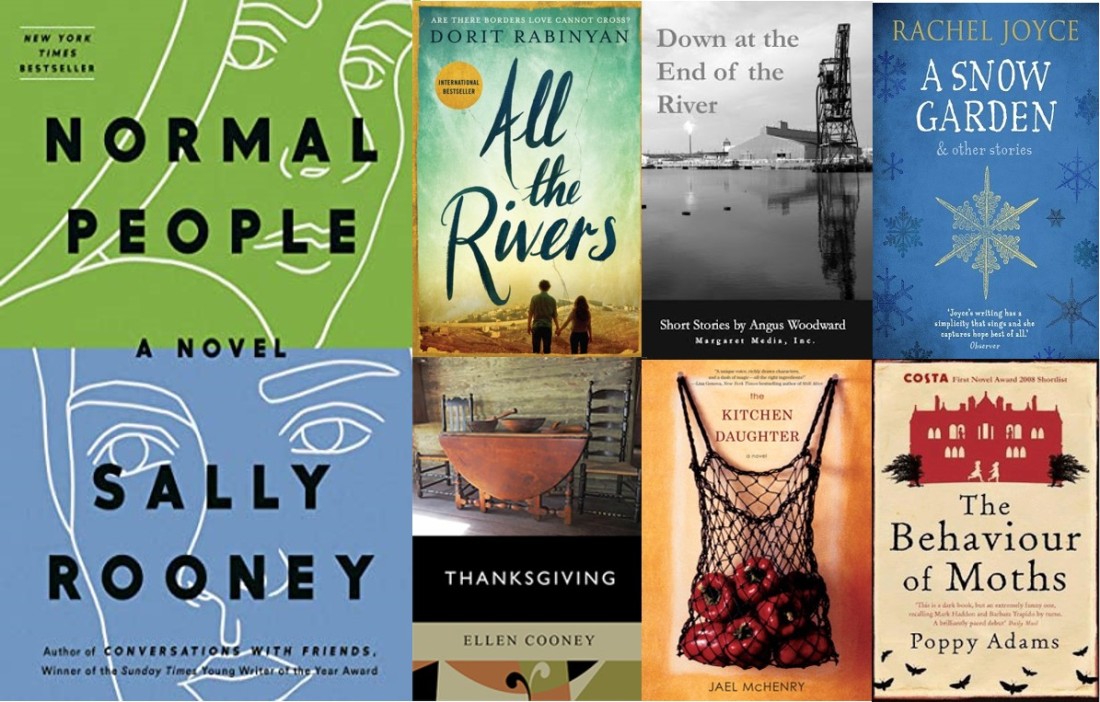 Next month (July 4, 2020), we will start with What I Loved by Siri Hustvedt (inspired by a recent post by A Life in Books).