From “Alice in Wonderland” Lewis Carroll to “The Vanishing Act of Esme Lennox” by Maggie O’Farrell.

This month we started with “Alice in Wonderland” by Lewis Carroll.

This month we start with “Alice in Wonderland” by Lewis Carroll (the pseudonym of Charles Lutwidge Dodgson), originally published in 1865. This is a book that I recall well from my youth, as it was one of the books my father read to me. The story is well-known, where a bored Alice finds herself falling down a rabbit hole, where she encounters a string of fantastical characters, both amusing and frightening, all of which end up being only a dream. While still considered a children’s book, it has been extensively analyzed by adults for its symbolism – both profound and superficial. But really, wouldn’t we all just prefer to look at it as a bit of highly imaginative fantasy? 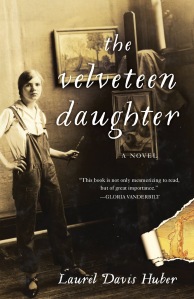 First Degree. It would be far too easy to go from Alice to Max in “Where the Wild Things Are” by Maurice Sendak, so I won’t (and anyway, that book was a starting point of our July meme). Instead, I started thinking about the anthropomorphized characters in that book, which reminded me of the book “The Velveteen Rabbit” by Margery Williams Bianco (which I never read), which took me to the biographical, historical novel, “The Velveteen Daughter” by Laurel Davis Huber, which is about that author’s daughter, Pamela Bianco. Pamela was a talented artist in her own right, and in fact, she was a child prodigy. The fact that you’ve probably never heard of her is the main reason why you might want to read this novel. I certainly love to learn about people I know little or nothing about, and I prefer to learn about them through fiction.

Second Degree. That choice leaves the field WIDE open for me, because I have read lots and lots of biographical fiction. But we’re talking about art here, that reminds me Heather Webb’s second novel, “Rodin’s Lover,” which is about Camille Claudel, the woman who was not only loved by the famous and philandering sculptor August Rodin, but who was an accomplished sculptor in her own right. I happen to have had the pleasure of seeing some of her work on my last trip to Paris, where some of her pieces are displayed, including one amazing piece of polished onyx in the shape of waves with bronze nymphs dancing inside it – just spectacular (as a treat, I’ll add the photo I took of this to the bottom of this post)! That her work is less known than his is no surprise, considering the rampant misogyny of the world of the visual arts that still haunts us, I think, even to this day.

Third Degree. This brings me to another example of how the visual arts were not considered a sphere for women, with Nancy Bilyeau’s novel “The Blue.” While this book isn’t biographical, as Webb’s is, the essence of this novel is about a woman who is relegated to painting on porcelain, but dreams of becoming a “real artist” – meaning painting on canvas. Personally, I think that if you’re really talented, as long as you can use your talent, there can still be some job satisfaction there. But I get it, it is the recognition that she wanted. To be known as an artist, so with the promise of that happening, she was willing to put everything, even her life in jeopardy by agreeing to get mixed up in a type of undercover spying scheme to find out the secrets of a new shade of paint.

Forth Degree. An undercover spying scheme, eh? Well, there are a few books I’ve read that might qualify to be the next link in this chain with that aspect. But perhaps I shouldn’t go for the most recent and obvious of them (which would be “The Alice Network” by Kate Quinn), and go for an older novel, “Restless” by William Boyd. I’m picking this one because first, I do need to prove that I don’t just read female authors and second, because I was so impressed that Boyd portrayed his female protagonists so believably. In this novel, a woman confesses to her daughter that she was a spy during WWII, with a different name, thereby turning her daughter’s life upside-down. This was a very complex, but beautifully constructed novel, with some suspense and mystery elements mixed in with a light touch of romance, that I would recommend to anyone.

Fifth Degree. Which brings me straight to another novel that has a male author and a female main protagonist, that also has lots of secrets, mystery and suspense. I’m talking about Sebastian Barry’s novel, “The Secret Scripture” which is about Roseanne McNulty, a 100-year-old woman who has lived almost all of her life in a mental institution, which is about to be torn down. The director of this small Irish institution, Dr. Greene, has to determine if he should put Roseanne back into the community or if she still requires psychiatric care for the remainder of her days (which can’t be too many, all things considered). While the doctor is trying to figure this out through his interviews with Roseanne, what she isn’t revealing to him, she’s been putting down on paper, and the reader gets access to these stories in order to see her side. I found this a very cleverly written story, which I totally loved.

Sixth Degree. Staying in Ireland, and with the theme of mental institutions, secrets, and women being displaced from their facilities, brings me to my favorite of Maggie O’Farrell’s novels, “The Vanishing Act of Esme Lennox.” The similarities to Barry’s book are totally obvious, aside from the fact that they both take place in Ireland. Both women have been institutionalized since their teens; both women are in mental facilities that are closing down, which means they need new places to live; both women (and their families) have of secrets that relate to why they were locked up in the first place, and; there is a question as to if either woman is actually mentally ill or not. Yet these two books couldn’t be more different. Barry’s novel is more of a psychological character study, and O’Farrell’s novel is more of a mystery, with a kicker of a twist that will shock the readers. It is a “must read” in my opinion, and I don’t care that this book also got into my May chain – it is that good!

Now, the question is, does O’Farrell’s novel and Esme somehow connect back to our starting point of Alice? I’d say mostly no, although one might argue that Esme doesn’t really live in the real world anymore, but rather inside her own world of fantasy and memories of her past, so… maybe. But that’s not a requirement of this meme, just a touch of icing on the top, and what makes this so much fun!

Here’s my picture of that sculpture I talked about. Amazing, right?

Next month (December 7, 2019), we will start with Jane Austen’s unfinished manuscript, Sanditon.