A New Trend or an Old Friend? 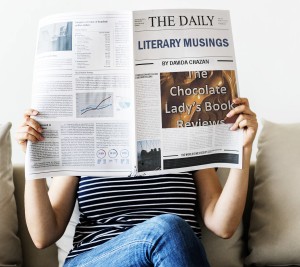 One of my friends, Barbara Probst, who is a member of the Facebook group In Literary Love with me, recently put up a post on that page asking the following question of the group:

“What does everyone think about this new hybrid genre that’s a cross between fiction and biography—the novelization of a real person’s life? Recent examples are “The Age of Light” (a novelized version of the life of Lee Miller) and “The Only Woman in the Room”) (a novelized version of the life of Hedy Lamar), but there are tons of others out there! I think it started 20 years ago when “Girl with a Pearl Earring” was published, but seems to be everywhere now! Just curious about whether people like this kind of book or prefer “true” fiction?”

This got me thinking and first of all I had to correct her when I checked and found out that this hybrid genre has been around for much more than just 20 years or so. One source noted that in 1919 W. Somerset Maugham wrote the novel “The Moon and Sixpence” about the life of artist Paul Gauguin. A little more digging showed that Sir 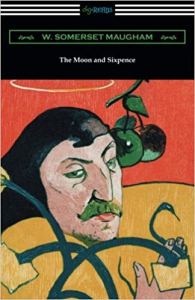 Walter Scott wrote the “Ivanhoe” series exactly 100 years before then, where the character of Prince John, the evil prince who wanted to be King of England, was a real person, but Scott made up his main character. Since Scott is often considered the “Father of the Historical Novel,” this could mean that we’re celebrating the bicentennial of this genre. However, more digging led me to find reference to “The Famous and Remarkable History of Sir Richard Whittington” by Thomas Heywood, published 1656, which became the story of “Dick Whittington and His Cat,” a fictional legend about a man who really did become the Lord Mayor of London some 150 years before these accounts.

By the way, if you think about it, surely Shakespeare predated Scott in his biographical historical plays, of which Henry VI, Part 1 was his first, which sources say he published in 1623 (but wrote sometime between 1589 and 1592). Of course, if we dig far enough back into theater, I’m sure we could find even older examples, but we’re looking at novels here. And while Scott may or may not be the first historical fiction novelist, or even the first person to write a fictional work about a historical person, all this just goes to show that biographical, historical fiction is hardly a new genre. However, I must admit that it does seem like it has become increasingly popular over the past couple of decades.

Of course, sometimes these things go in waves. For example, I’m guessing the musical “Hamilton” spurred the two nearly simultaneously published biographical, historical fiction novels about Eliza Hamilton (one I read, the other I didn’t). I recently read a book about Nellie Bly, and the author told me he’s is writing a sequel to that book. After I reviewed it, another author approached me about her book about Bly, which I hope to read soon. Of course, that’s probably coincidence, as was the fact that Greer Macallister recently published a novel where the narrator essentially pulls a “Nellie Bly” to help save her sister from a mental institution.

Probably one of my top favorite biographical, historical novels would be “Flight of Dreams” by Ariel Lawhon. Think of it, taking the whole manifest of everyone on the Hindenburg and making up a whole set of stories about them and their lives. Amazing! And think about it… who would write a non-fiction book about these people? It seems to me, the greatest thing about biographical historical fiction is that we get to learn something about the lesser known, and often almost totally unknown people in history. No publisher would be interested in these people in anything but fiction. Don’t you agree?

As I’ve mentioned previously on this blog, there are lots of draws and drawbacks in historical fiction in general. When it comes to biographical, historical fiction, I can certainly see the additional draws. Learning about real people is always fascinating, especially when it comes to people that time has forgotten or those who were unjustly ignored in their own day. How much more fun is it to get into these people’s heads, imagine how they felt, what they did, their precise reactions, and even what they wore when bits and pieces of real history happened in their lives. Aside from this, all of the other draws from my original assessment fully apply.

As for the drawbacks, again many of the problems with general historical fiction are still relevant here. However, the biggest one I’ve seen with biographical novels is that the authors don’t always portray their readers with the type of person we were expecting. For example, in the novel “I, Eliza Hamilton” the woman married to the famous Alexander must have had a fascinating life, and that’s why I wanted to read that book. Unfortunately, while the author gave me lots of the relationship and marriage of these two, when I got to the author’s notes, I found out that Eliza lived a very long and very productive life after her husband died. Immediately I was angry with this book that gave me absolutely nothing about that part of Eliza’s life. When I asked readers of the novel “My Dear Hamilton” if that book corrected this major flaw, I was informed that for the most part, no it didn’t. What’s the matter, ladies? Didn’t either of you feel that you were defeating your own purpose by only writing about the woman while she was attached to a famous husband? Didn’t she deserve any recognition for her own accomplishments?

Another drawback is when authors bend history to the point of unbelievability. Yes, I can understand how you might need to fudge a timeline aspect a little bit here or there, because we know that real life doesn’t always flow the way a novel should. But please, don’t try to write about how Shakespeare’s plays were actually written by some woman, or that Anastasia Romanov had some kind of a magic potion, or that Abraham Lincoln hunted vampires. As for the last two, these are the worst types of offenders. If you want to write a fantasy historical fiction novel, fine – I’m not going to read those anyway. Just do me a favor and don’t put real-life personalities in your stories; that’s simply unacceptable to me. Okay, I will admit that I did read and enjoy “The Historian” but that, I think is a touch different, since the historical parts were about a fantasy/fictional character to begin with.

What does The Chocolate Lady think?

Getting back to my friend Barbara’s post, if I look back at all the historical fiction novels I’ve read and reviewed on this blog, there are about 40 that would meet the biographical category. Now, it may be only coincidental that well over half of these were published since 2015, and the rest go back as far as 1970. Could it really be that authors like Phillipa Gregory and Tracy Chevalier have had a direct impact on the increased popularity of this genre? That does sound feasible to me. However, all I know is that, as a lover of historical fiction, I’m very much drawn to biographical ones, and it looks like I’m not going to be lacking books that will keep me happy for quite some time! Furthermore, from the lively discussion on that post, apparently I’m not alone in this!

By the way, all this got me thinking about where my love of biographical, historical fiction may have begun. I am almost certain that the first novel of this genre I ever read was one about the poet Emma Lazarus. This was back in the early 1960s and I was maybe about eight or nine years old, but I can remember bits of it to this day. I mostly recall just how terribly impressed, and proud, I felt while reading it, because I was a young Jewish girl, and here was another young Jewish girl whose words are on what is arguably, the most iconic statue in the whole country, if not the world. That book might also have had something to do with my wanting to write poetry in my youth. Unfortunately, I haven’t the faintest idea title of that book, or the author’s name (I wish I did, because I’d buy a copy of it, if I could find one).

Are you a fan of historical fiction?

What do you think of biographical, historical fiction?

I hope you’ll let me know with your comments, below!

(Disclaimer: the links above that are to my own posts/reviews on this blog, contain affiliate links for purchasing these books.)