I recently got the following email from my friend, author Jacey Bedford, which I had to share with my readers:

Penguin Random House just sent me a very nice email to ask me if I wanted to pre-order my own book! Though ROWANKIND isn’t out until 4th December officially, it seems to say that (if you’re in USA or Canada) you can pre-order the ebook for delivery on 27th November.

Pre-ordering helps the author like this: When you pre-order a book, it tells bookstores people want this book, which makes them typically stock more copies of the book, which of course means more people see it and buy it.

So, of course I’d be very grateful if you’re thinking of buying Rowankind, that you pre-order, either ebook (USA and Canada only) or paperback version.

Don’t forget to take a look at Jacey’s Guest Author Post on this blog.

The third book of the swashbuckling Rowankind trilogy follows privateer and witch Ross Tremayne as she navigates the magical world of alternate 19th-century Britain.
What do you do with a feral wolf shapechanger who won’t face up to his responsibilities? How do you contain magical creatures accidentally loosed into Britain’s countryside? How do you convince a crew of barely-reformed pirates to go straight when there’s smuggling to be done? How do you find a lost notebook full of deadly spells while keeping out of the clutches of its former owner? How do you mediate between a mad king and the seven lords of the Fae?
Ross and Corwen, she a witch and he a shapechanger, have several problems to solve but they all add up to the same thing. How do you make Britain safe for magic users?
It’s 1802. A tenuous peace with France is making everyone jumpy. The Fae, and therefore Ross and Corwen at their behest, have unfinished business with Mad King George, who may not be as mad as everyone thinks–or if he is, he’s mad in a magical way. The Fae have left mankind alone up to now because they don’t care to get involved with mortals, but don’t be fooled into thinking they’re harmless.

ROWANKIND, the third book in the Rowankind Trilogy is published by DAW in the USA on Tuesday 4th December 2019.

The first two books: WINTERWOOD and SILVERWOLF are available now from bookstores in the USA and Canada like Indiebound, as well as from Book Depository, eBooks.com, Better World Books, Alibris, and via Amazon in the UK (links above).
Jacey’s books are also available as iBooks from iTunes through the following links: Winterwood, Silverwolf, and Rowankind.

Ordering books in advance of publication really does give sales a boost. If you order through Amazon and the price goes down before publication day, you automatically get the best price – and they don’t take your money until the package ships.

Go on… you know you want to. 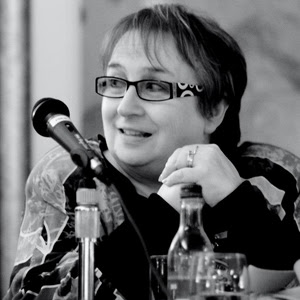