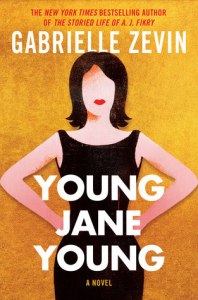 Take one impressionable, young, and ambitious woman interested in politics, and mix it with one much older, handsome and dynamic (but married) Congressman and you’ll have a possibly explosive mixture. Unfortunately, when the blast comes, often the fallout hits the young woman (and her family) far harder than it does the public official. In Gabrielle Zevin’s latest novel, she looks at the dilemmas and hurdles that being in the wake of such scandals pose from various different sides of the story, none of which includes the elected official himself. These include Rachel, the mother Aviva Grossman who had the affair with the Congressman; Jane Young the woman in Maine who may or may not have once been Aviva; Ruby, Jane’s daughter, and; Embeth, the wife of the cheating Congressman.

The more I think about this book, the more I realize how ingeniously Zevin constructed it. First, each section has a different narrating character, telling one part of the story from their perspective. Like other books that use this mechanic, the sum of all these sections brings us the full story. What is different in this book is that each character tells their story in a very different way. For example, Ruby tells her story through her emails to her pen pal. Later, Jane tells her own story in a retrospective voice, which she frames as if it is one of those R. L. Stine “Goosebumps” create-your-own-adventure books. (They’re the ones where at a certain part of the story the reader has to decide between one of two options on how to proceed, and with that choice moves to the particular relevant next page. The idea was that you could read them repeatedly, making different choices each time, and thereby get a different story each time.) The other sections are the usual types of narratives, but these two were exceptional in their distinctive construction. What Zevin achieves with all of this is to give each of her characters a very singular voice.

Much like with Zevin’s previous novel (The Storied Life of A.J. Fikry), readers will find this book filled with heavy doses of humor, both light and wryly dry. What surprised me somewhat was how authentically Jewish these characters all were. I understand that her father is Jewish, and I’m sure she drew much from his female family members for these portraits. Even so, that’s not always a terribly accurate research source, and yet I couldn’t find anything that sounded even a little out of place here, and since inaccuracies regarding anything Jewish is a pet peeve of mine, Brava to Zevin for that. However, it isn’t all fun and games particularly because the central event here is a sex scandal, the ramifications of which can be extremely serious. It seems that Zevin was thinking about a type of smaller-scale Monica Lewinsky situation when she wrote this, and tried to imagine how difficult it would be to rebuild a life after having become so notorious. Deeper still, with this book Zevin is essentially exploring the ramifications of the choices we make, both good and bad. This is why the “Goosebumps” section of this book is so effective – because it allows us to look at this on a lighter plane, without diminishing the lesson in the process.

I’ll end by saying that I felt that Zevin’s conclusion of this book was very nearly masterful, but not quite. In general, I often prefer books that make readers think about them afterwards and with this book, Zevin doesn’t give away too much regarding the future of these characters after the last page. However, in this case, though, I’m of two minds regarding the biggest question (of which I can’t say more, as that would be a huge spoiler). On the one hand, I really wanted to know the answer, but on the other hand, I’m not sure that Zevin would have given me the outcome I would have preferred. More importantly, I can’t really tell if including either result might have ruined the book for me or not, although I’m positive she could have pulled off either conclusion. I admit that this frustrated me just enough to knock off half a star, so despite my overall enjoyment of this novel, I can only give it four and a half stars (which is still a very good rating, just half a star less than I gave Fikry). 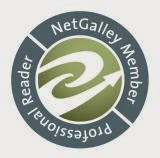 Algonquin Books released “Young Jane Young” by Gabrielle Zevin on August 22, 2017. You can buy this book (via these affiliate links) from Amazon US, Amazon UK, Amazon CA, Barnes & Noble, Kobo Books (USA, Canada & Australia), eBooks, iTunes (iBook or audiobook), The Book Depository (free worldwide delivery), new or used from Alibris or Better World Books (where your purchase supports libraries and literacy) as well as from an IndieBound store near you. I would like to thank the publishers for sending me an ARC of this novel via NetGalley.