Book Review of “The Death of an Owl by Paul Torday. 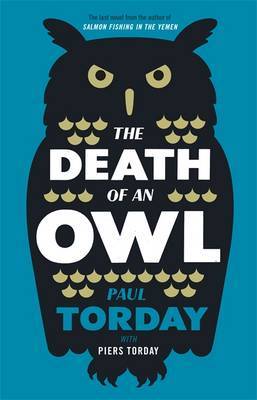 According to the forward (written by the late Torday’s son Piers), this book is “about a man who couldn’t help but tell the truth, and how that played out when he gets involved in a scandal involving a politician who runs over an owl by mistake.” This was supposed to be Torday’s ninth novel, but he passed away before he could finish writing it (apparently, leaving the manuscript unfinished, with the writing “stopped mid-sentence, at a key point in the story”). Thankfully, Piers took up the challenge and finished it for him.

It seems somewhat appropriate that the underlying theme of this book is about truth and politics – and how they apparently don’t mix. In fact, from what I can see, Torday is essentially saying that politicians are inherently liars (no surprises there). More importantly, Torday seems to believe that as much as they may try to run from their dirty secrets, in the end, they can’t really hide. This somewhat optimistically cynical view of British government does have shades of his most famous book, “Salmon Fishing in the Yemen” (which I read, but never reviewed). In addition, Torday also takes this to somewhat darker, almost mystic corners, which reminded me of his novel, The Girl on the Landing. Torday also inserts a psychological aspect into this book that brought to mind his Light Shining in the Forest.

What Torday was best at in his previous novels was getting quickly to the heart of a story. However, in this book we get quite a bit more back-story than in his other works. This starts with Torday’s protagonist, Charles Fryerne (of Fryerne Court, no less), whose family had a glorious past, which has long since faded. Charles begins to find his way at University and decides go on to become a political journalist. At first, we see Charles’ budding career, and watch how his lack of guile helps him gain a certain reputation (with little to no financial gain in the process). Charles reports the facts and doesn’t allow (what we now call) fake news to get in the way of the truth, he also sees both sides of any story. Being so trustworthy is the very reason people from his past turn to him with their political ambitions, but it also makes him vulnerable for others to take advantage of him. Torday delves quite deeply into these aspects of the story, which I felt was something of a departure for Torday, at least in how they compare to the rest of the novel.

However, it also seemed that Torday forgot some of these pieces of information behind, including some that might have been useful foreshadowing, for later events in the book. For example, the main antagonist in this story is Andrew Landford, a man Charles meets in passing while at university, whose dream is to become Prime Minister. After gathering a think tank to brainstorm how to revitalize British conservative politics, Andrew suddenly goes off to the USSR, and ends up staying there after the fall of the union. This allows him to take advantage of that era’s instability and amass even more wealth than he had to begin with. This tidbit is totally ignored later in the book, and I’m not sure why. One explanation is that when Torday’s son took on finishing the book, he may have overlooked certain aspects – call them clues – which Torday intended to use for the climax and ending that he originally envisioned for this novel.

I must admit that my feeling that Torday (or his son) ignored this bit could be my own present paranoia, brought on by today’s American headlines. I have to remember that Torday died in 2013, before Brexit or Trump. However, as was highly evident in Salmon Fishing, Torday certainly understood how money and power (both from within and without) could influence the workings of government. That’s why I’m thinking that while Torday was writing this book, he was also looking at the political world – both at home in the UK as well as in USA – and he was trying to make a statement. I think that statement was an essentially hopeful one (if somewhat naïve in today’s world), despite some of the ominous aspects of this book. In other words, Torday was trying to say that honesty, while generally valued on an intellectual and philosophical level, sometimes gets you into as much trouble as deceit.

As for the hints at the unnatural threats in this story, I was hoping that they’d develop a touch more than what we have here. I’m positive that this was Piers’ doing, since I doubt that Torday would have let that get such a reasonable explanation – at least not if you’ve read his book Girl on the Landing. On the other hand, the idea that one freak incident can absurdly snowball into making or breaking a politician is something that comes through beautifully in this novel, and that’s to Piers’ credit. I also couldn’t tell where Torday’s prose dropped off and Piers’ began, which is certainly a good thing. Finally, I also appreciated how the insertions of wry humor consistently continued from the beginning through to the end of the novel. Overall, while this isn’t quite as good as the other books written by the late Torday, it was an excellent effort on Piers part, and I congratulate him on being brave enough to attempt to continue his father’s legacy. I also think how Piers concluded this story, made it very topical in light of certain political personalities in the news these days. For all that, I’ll recommend it with a strong four stars out of five rating.

“The Death of an Owl” by Paul Torday (with Piers Torday) is available (via these affiliate links) from Amazon US, Amazon UK, Kobo Books (USA, Canada & Australia), from the website eBooks.com, iTunes (iBook or audiobook), The Book Depository (free worldwide delivery), new or used from Alibris as well as from an IndieBound store near you.