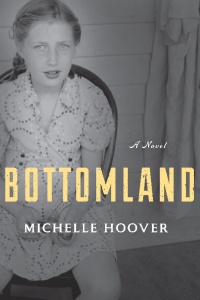 In a story that’s part mystery, part coming of age and part family saga, Michelle Hoover tells the story of Esther and Myrle Hess, two sisters living on their family farm who suddenly disappear. Set America’s rural Midwest just after the First World War, the family’s German origins not only isolates them, but at times, also works against them.

Hoover tells this story through slightly overlapping, mostly chronological, first person accounts from each of the family members. In this way, Hoover weaves the narratives so that the full story of what really happened eventually comes through as we slowly get to know each of these people and their parts in what happened. This paints an incredibly full picture, allowing us to both empathize with the sympathetic characters and for those that are less likable, are we able to understand our negative feelings for them.

One of the things that I found Hoover did quite nicely was the way in which she evoked a very specific atmosphere. I hate to use the word “gray” since people might take it negatively. The only other way to describe it would be “shades of sepia” – those faded brown colors that tint the black and white. That’s the feeling you’ll get while you read this book. This mood is very appropriate, considering the difficult historical setting of this novel and that most of the action takes place in less than prosperous, rural settings.

Shuffling through individual stories might seem like the type of storytelling that could easily confuse the reader. Hoover does her best to keep this at a minimum through effective use of language, and giving each of the characters their own unique voice. This is particularly difficult when you’re taking on multiple narratives, and even more so when they’re told in first-person. While Hoover succeeds in this area, there were still sections of this book that had me wondering what was going on. This occurred when Hoover allowed one of her characters a touch too much to fall into a stream of consciousness, throwing in reminiscences and memories. The problems in these passages came when there was no clear differentiation between the present and the past. Hoover could have fixed this with simple and common segue phrases, which might not have been extremely elegant, but at least would have avoided requiring me to re-read these passages in order to understand what was actually happening and what was a memory.

This was the only problem I had with this book, but unfortunately, it caused me to lose my concentration a bit more than it should have. Aside from this, the characters were fascinating, with a well constructed and interesting story line, and writing that was both evocative and engaging. Therefore, while overall I really did enjoy this book, and will warmly recommend this book I must note that I was disappointed I couldn’t give it more than four out of five stars. 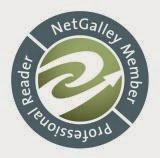 “Bottomland” by Michelle Hoover, published by Grove Press/Black Cat, released March 1, 2015 is available (via these affiliate links) from Amazon, Barnes & Noble, Kobo Books (USA, Canada & Australia), the website eBooks.com, iTunes (iBook or audiobook), The Book Depository (free worldwide delivery), new or used from Alibris, used from Better World Books (promoting libraries and world literacy) or from an IndieBound store near you. I would like to thank the publishers for sending me this book via NetGalley in exchange for an unbiased review.