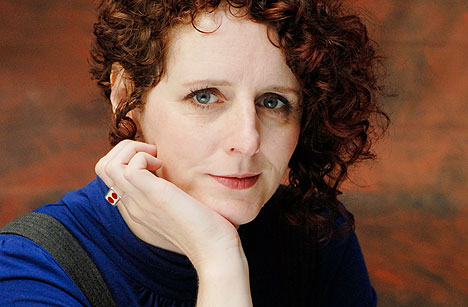 An overview of the books by one of my favorite authors: Maggie O’Farrell

There are very few authors I find compelling enough to want to read every one of their books. One of those few is Maggie O’Farrell. I first discovered O’Farrell’s work with her fourth novel, The Vanishing Act of Esme Lennox. This intriguing book about an elderly ex-mental patient released to the care of her niece is somewhat of a mystery novel that includes elements of a coming-of-age story.

After enjoying that book, I immediately went to find her earlier works. The first one I found was her second novel, My Lover’s Lover. The mystery in this one borders on being a ghost story. In this book a woman soon finds out the room she’s moved into was previously occupied by her roommate’s girlfriend, the same man that she’s now involved with.

The next book I read was O’Farrell’s third novel, The Distance Between Us. Here two people running from their pasts – one in Hong Kong, and another in London – come together in a small B&B in a small Scotland town, where secrets are hard to keep.

When I found out that O’Farrell’s debut novel was out of print, I despaired in ever getting a copy. Imagine my delight when I saw a used copy of After You’d Gone in the window of a small Oxfam shop in London. This story revolves around Alice, and the book opens with the narrator talking about the day she tried to commit suicide. That grabbed me right away, and I soon realized why O’Farrell’s writing became so popular.

Waiting for her fifth work, The Hand that First Held Mine, was somewhat frustrating, but well worth the wait. This story is about two people, separated by 50 years, and how their lives collide. Here too, O’Farrell inserts many mysterious elements. Be warned, however – this book had me weeping like a baby at the end, and that had nothing to do with its winning the Costa Prize!

Finally, along came Instructions for a Heatwave, which many might consider her greatest work to date (although I’m still partial to Esme Lennox, myself). Here O’Farrell follows a whole family as they go looking for Robert Riordan who in the middle of the 1976 heat wave, walks out the door and disappears. As they follow him back to his hometown in Ireland, the mysteries of his past as well as each of the members of his family come to the fore. This is by far O’Farrell’s most complex work, with secrets coming from every angle.

As you can see, O’Farrell likes a mystery almost as much as she likes a romance. What makes her writing so interesting is that she steeps her characters in secrets, which makes her readers compelled to know more about them better. I just love how she builds a story around these fascinating people, and allows us to delve into the darker corners of her character’s lives. This combination, even when there’s a romance or love affair involved, is what keeps O’Farrell firmly in the contemporary, literary fiction genre, without ever stepping into the “chic-lit” category.

This article was originally written just before I read This Must Be The Place! While that wasn’t my favorite of her works, she still didn’t let me down. However, her most amazing book to date, is her absolutely breathtaking non-fiction book I am, I am, I am: Seventeen Brushes with Death. That… well… Just read my review!