Looking back over this past year, it seems that almost all of my best-loved books that came out in 2014 featured protagonists who are, essentially, grumpy old men. While they hardly ever stop frowning, reading about some of them will certainly put a smile on your face (or bring a tear to your eye). Here is my countdown of the top five 2014 curmudgeons, plus some non-grumpy books with women I also gave five stars to in 2014 (links to my full reviews are in the titles).

5. The Betrayers by David Bezmozgis

This fictional story is about an Israeli politician trapped between his staunch ideals about what the government should do about the West Bank settlements, his desire to advance his career, his reputation, and the woman he loves (but she isn’t the woman he’s married to), all comes to a head when he runs away to the Crimea and comes face to face with the man who’s betrayal landed him in a Siberian prison for 13 years. This fascinating read gives no easy outs, and almost became dated the week it was published, because that’s when in real-life, Russia invaded and annexed Crimea! Talk about some unfortunate serendipity! 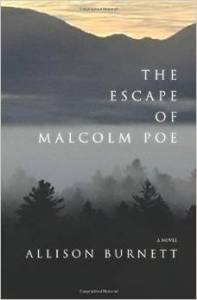 4. The Escape of Malcolm Poe by Allison Burnett

Malcolm Poe’s story sounds like male menopause mixed with a mid-life crisis, but essentially, it is more like a journey of discovery, for both him and the family he’s lived among and wanted to get away from all his adult life. With splashes of humor and a good deal of booze, Malcolm is someone you love to hate and then end up hating that you’ve falling in love with him. It is especially good to see Burnett choose a protagonist more like him than those from his previous books, which is probably why I gave this novel a full five stars (and no, the author’s having gone to High School with me did not influence my rating).

3. The Extra Ordinary Life of Frank Derrick, Age 81 by 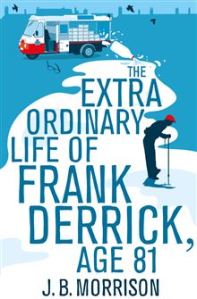 After a milk truck runs him down and breaks his leg, Frank Derrick is stuck at home, so his daughter decides he needs some help. While Frank isn’t thrilled with the idea, he changes his mind completely when the woman who shows up is the young and vibrant Kelly Christmas. After that, all Frank can think about is how to raise enough money to keep her coming back after her short-term job is over. This one will make you laugh aloud while you wish Frank knew just a bit more about the internet so he could find something like Kickstarter to raise enough money to have Christmas visit him all year long. 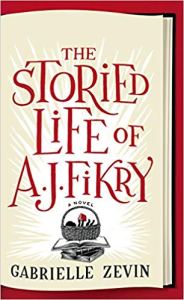 2. The Storied Life of A. J. Fikry by Gabrielle Zevin

This book is rightly showing up on lots of year-end lists, so I certainly wouldn’t leave it off mine. Holing up in his failing bookstore on a remote, New England island, Fikry has given up on life since his wife died. However, a series of events brings huge changes into his world. First, there’s that new book rep (who is too young and too pretty) trying to increase his store’s inventory, then he finds his one valuable book has gone missing, and then an 18 month old baby girl is left in his shop. That means his plans to sell that book so he can retire and drink himself to death are no longer possible, so what’s a man to do? This is a wonderful read from start to finish, so don’t miss it.

Ove’s wife is gone and he just doesn’t see why he should stay alive anymore. Yet, every time he tries to shuffle off this mortal coil, someone or something stops him. Backman’s book is amazingly engrossing, and if you can read the last chapters without shedding a tear (or like me, blubbering like a little baby), then yours is the hardest heart of anyone in the universe. Nevertheless, before you get to the end, you’ll be giggling like a little girl, if not laughing aloud. I predict that anyone who reads Fredrik Backman’s book will fall in love with this story, Backman’s writing and Ove in particular. It is truly a “must-read” in any language.

Now do you see what I mean? These aren’t just a bunch of books published in a certain year that all have something in common; they’re all five out of five star books. I’d also like to give honorable mention to yet another book five-star book with a somewhat grumpy male protagonist, Sweetness #9 by Stephen Eirik Clark. On the other hand, if you’re looking for a book that doesn’t have a cranky man as the protagonist, but rather a woman doing something extraordinary, I can suggest the following:

Finally, no list of my favorite books of 2014 would be complete with the one non-fiction book that knocked me off my feet. I highly recommend The War on Women in Israel by Elena Maryles Sztokman, as mandatory reading for both sexes.

MY LIFE WITH BOOKS